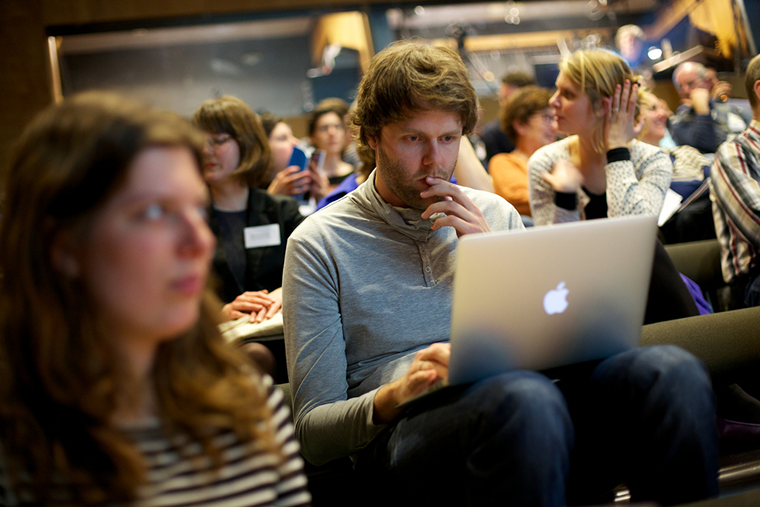 Latvian Latte, which bills itself as “the ultimate app for live journalism” and allows users to create embeddable stories, announces that TechHub Riga co-founder Andris Berzins has joined the company as CEO and that it is rebranding to BuzzTale.

“We have decided to rebrand the project as BuzzTale in order to better reflect the new direction of the company as a real-time branded storytelling solution,” Berzins told inventures.eu. “We see the biggest opportunity in helping brands and agencies to create and curate real-time content at live events.” The startup has decided to officially announce their news at the Pioneers Festival in Vienna, which starts today, 30 October, and runs through tomorrow. As part of the rebranding, the name of the company will be changed, but the product will remain the same.

To top it off, the startup has also been accepted into the latest Startup Sauna programme, which has already started and will conclude on 13 November.

The product was originally developed at the Eegloo incubator and has been under development in various forms for the past year. Funded to this point by Eegloo, the startup is now “in the process of raising seed funding from external investors”. For now, the service remains free, but the company will eventually shift to a freemium model, offering paid versions of tools, such as the ability to embed stories in their own site, manage privacy settings for the stories, and providing more sophisticated editing and user-management tools.

In order to demonstrate the concept behind the project, Berzins provided us with this ‘latte’ created by the team at Startup Sauna. The idea is to assist brands, agencies, and media outlets to drive traffic and sales by creating shareable stories that include photos, text, and video. There are iOS and Android versions of the Latte app, the latter of which has generated several hundred downloads in the Google Play store. With the rebranding, new apps are currently under development.

In terms of competition, there are rivals like Storify and Hungarian Brickflow, but the team at BuzzTale clearly believes that there is more room in this market. We are told that this is primarily just a change to a more-suitable name, but they are more focused on the B2B market, as that is where they see the greatest potential. “We know that this content form is highly-engaging,” said Berzins. “[That was] demonstrated by a project we did in Latvia with the largest news portal, where we generated 300.000 page views, 20.000 unique visitors, and an average of seven minutes on the site per person, as people flicked through the content”.