The City of Vienna is working with local Viennese social impact startup uugot.it to teach language courses to refugees in the Austrian capital.

END_OF_DOCUMENT_TOKEN_TO_BE_REPLACED 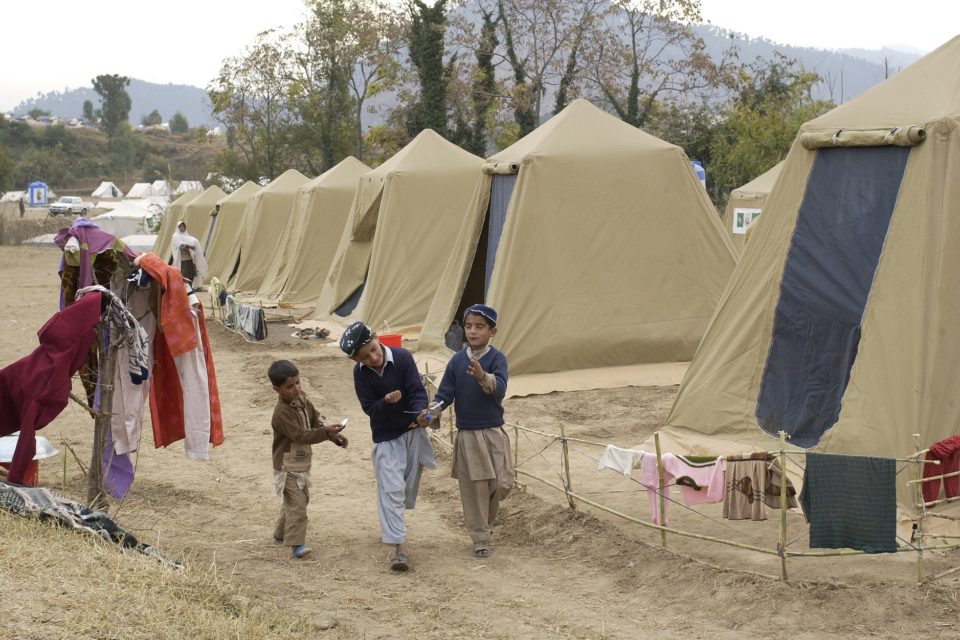 Most people in Europe remember the picture of the Syrian boy Aylan Kurdi being washed on the shores of Turkey, sparking a heated debate about solidarity in the midst of what was termed ‘refugee crisis’ in Europe.

The outcry to better receive, support and integrate refugees was not only met by a surge of humanitarian initiatives, but also hit the tech sector. Apps, websites, social networks – a surge of digital initiatives tried to capitalize on technology to aid vulnerable refugees, in particular in Germany and Central Europe.

Fast forward nearly three years later, the initial euphoria has settled – what has remained of the ‘tech4refugees’ hype?

The Good: Tech that addresses needs – of those in need

Struggle with translation?  Download Tarjimly, an app that connects refugees with a community of 2500+ volunteer translators. Registering with authorities, going grocery shopping, visiting a doctor – the app promises qualified support for for refugees from 16 languages, including Arabic, Somali or Burmese.

Need a new job? Social Bee is a platform that facilitates hiring refugees through supporting the full cycle from recruitment over job preparation, language trainings and cultural integration. Founded in 2016 in Munich, it is dubbed the first ‘integration service provider’ and the winner of several innovation awards .

The list of digital initiatives goes on infinitely. Refunite is an online platform helping families dispersed by migration to reconnect. Moni supports refugees to receive payments online without the need of a bank account or identity card.  Chatterbox offers refugees to capitalize on their foreign language skills and find employment as online language tutors.

These are just few of the manifold examples of what has become known as ‘tech4refugees’, a term describing initiatives often driven by tech startups facilitating support to vulnerable groups through the aid of technology. Technology can be used creatively to help to overcome linguistic, cultural, or administrative barriers in the new home.

Sometimes tech startups are also simply providing faster response than the more corporate peers: Refugees Welcome, hailed the ‘first Airbnb for refugees’ emerged in 2014 and helped organizing shelter for more than 400 refugees in Germany during peak arrivals.   The ‘real Airbnb’ came second –  while the company has reached out to its hosts during emergency situations for years, it was only in 2017 that the ‘Open Airbnb’ was launched, allowing anybody to sign up for hosting someone in need.

The Bad: Welcome to the desert of dead initiatives

‘404 Not Found’: Many of the tech4refugees initiatives are inactive today. The unprecedented rise of ‘tech4refugee’ apps and sites looks like a bubble that decided to burst.

This phenomena can be partly be attributed to initiatives specifically targeting short-term needs that naturally become obsolete as migration waves cool down, such as emergency housing at the peak of refugee arrivals. But this only partly explains the rapid collapse of many initiatives.

Especially in the peak wave period of refugees arriving, a plethora of initiatives was founded and funded, to provide services in every domain from housing over job opportunities to learning a new language.

In Germany alone, every week saw an average of four new tech4refugee projects launched during this ‘explosion phase’, according to the study ‘Digital Routes to integration‘.

NGOs, public agencies, corporations, startups alongside with citizens and volunteers all joined in the frenzied scramble of tech ideas to support refugees. Clarat refugees, an initiative that mapped over 7000 initiatives, handed over its operations after two years  – apparently struggling to keep up with the sheer complexity of this landscape.

‘Fail fast and fail often’ might be the golden credo of agile tech development. However, the risks are considerably larger for vulnerable refugees relying on outdated information or apps that might disappear the next days, says Meghan Benton from the Migration Policy Institute. For example, it is easy to imagine the perils of outdated information on asylum processes or legal routes to integration.

…and the ugly: Anti-refugee violence spurred by social media?

Sadly, tech is not only a tool for those who are supporting the needs of refugees – it can also become a catalyzer for those posing a danger to their lives and well-being.

A recent study from the University of Warwick investigates the link between anti-refugee sentiments on Facebook and real-life hate crime in Germany – and found that “towns with an above-average use of Facebook experienced more violence against refugees“.

This suggest a correlation specifically between the use of Facebook, exposure to anti-immigration sentiment and violence. In Germany, the relatively new right-wing party Alternative für Deutschland (AfD) has heavily relied on social media for its quick rise in popularity, reaching 12,6% in the 2017 election. Facebook refused to comment on the study to the press.

We are now witnessing the highest level of global displacement. According to UNHCR, and unprecedented 68.5 million people around the world have been forced from home.

Technology can be a catalyst for innovative ways to deliver much-needed support to refugees worldwide – yet the lessons from the refugee crisis in Germany point to taking a careful look at which initiatives will really deliver the value they promise.