From NYC to Vienna 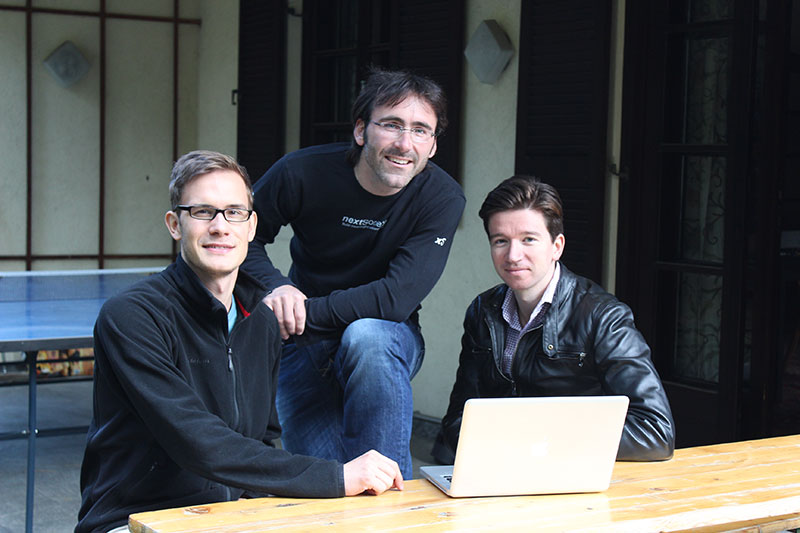 Everyone who has ever been to New York knows of the city’s charm and really – the metropolis never sleeps. So why would you decide to leave NYC and move part of your startup team to Vienna? (Don’t get us wrong, we love Vienna). That’s exactly what the guys from nextSociety did, and tried to answer our question.

But let’s start at the beginning.

Back in 2011, Austrian Peter Stebe and German Alexander Tange met at a coffee shop close to Times Square. The two business consultants at Ernst&Young had been living in the US for a while and got into a discussion about the pain of finding the right people in their network. What they had in mind was a micro network for relevant business contacts, in line with a professional’s skills and interests.

The duo was convinced of their idea, quit their well-paid jobs and after getting web designer Ben Simsa onboard, nextSociety was born. The social network enables professionals to maximise their networking connections. After launching the prototype of the desktop version in late 2012, the team received requests for a mobile app from their initial users. In order to do that, the co-founders, who had been bootstrapping for a year, needed an investment.

“We received 150.000 dollars from private investors,” co-founder Alexander Tange told inventures.eu. One of them offered them housing and other resources in Vienna and since the living costs in Manhattan are much higher, the now six-member team packed their bags. “We decided to use the investment wisely and move our development team to Vienna,” he says. “But we’re still headquartered in New York.”

For now, the desktop version allows for early access but the plan is to replace it with the app, which will be launched at The Next Web conference in New York at the beginning of October. The team’s business model is to offer a freemium app and charge for premium add-ons. “We are also looking into mobile advertising to introduce next year,” said Tange.

After two months, they seem to have quickly set foot in Austria’s capital as the startup is one of the 12 finalists of the trend@venture competition.

We’ll soon be hearing more from them so stay tuned!