So you wanna be a rockstar? 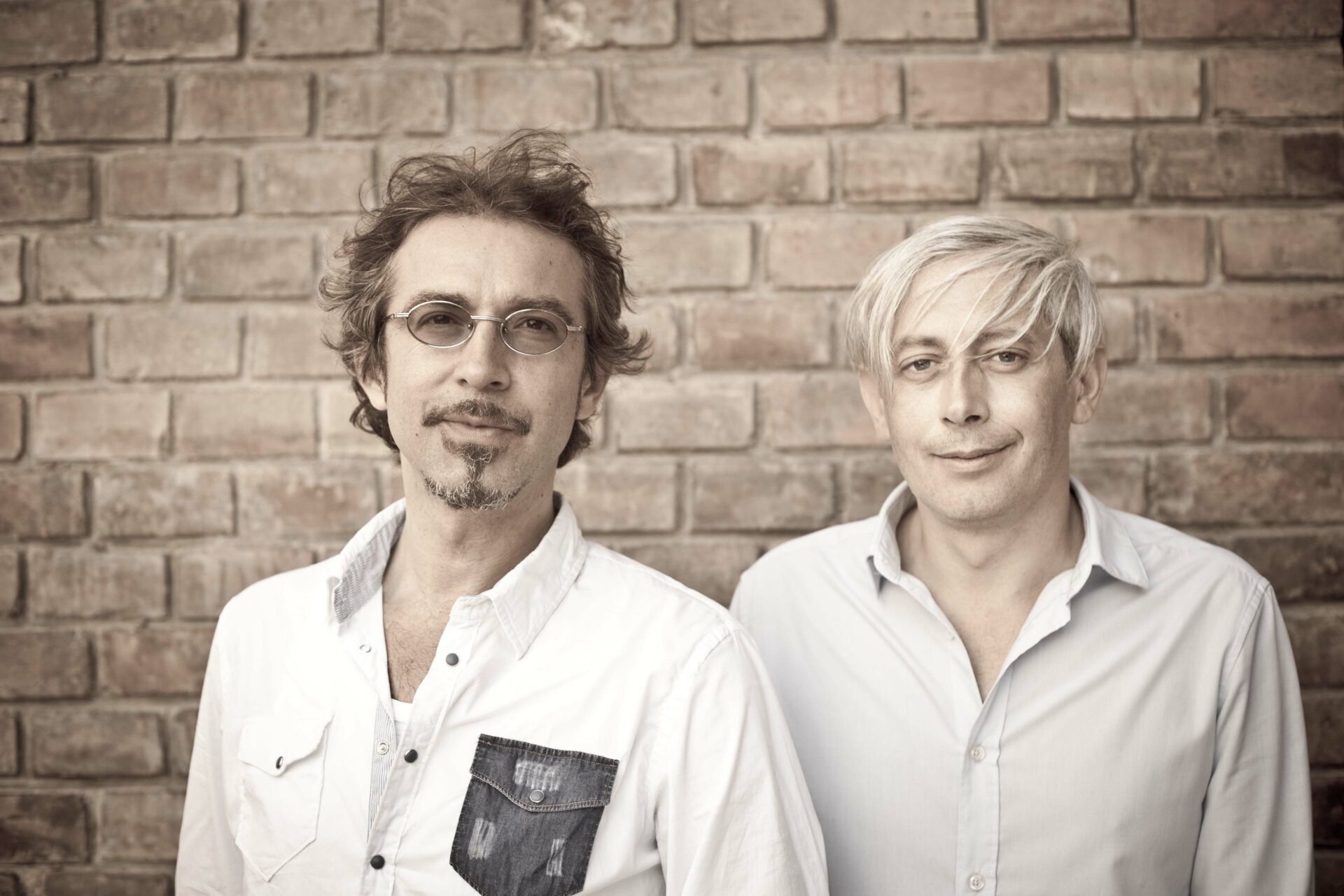 It seems that every profession has its own “rockstar” these days – you hear about financial rockstars, rockstar programmers and bloggers, Rockstar energy drinks, the Rockstar Consortium, rockstar accountants and so on.  Viennese Global Rockstar, however, actually has something to do with professional musicians. and is described as “the world’s largest” online music contest where unsigned musicians from around the world can submit their own original-music video, compete to earn the most fan votes and win the grand prize of $25.000 dollars.

At GR, the term “rockstar” is broad enough to include all genres of international pop music – even classical and jazz musicians are eligible to apply. Indeed, GR co-founder Christof Straub is no headbanger, but rather a mild-mannered Viennese folk singer with 20+ years as a professional musician/songwriter under his belt. In 1990, Straub and the singer Edina Thalhammer, formed the successful Singer-Songwriter folk-pop duo Papermoon, which songs are still known far beyond Austria’s boundaries and which is currently on the road with their “farewell tour” until the end of the year.

Straub’s teenage daughter, Zoe, is also a musician. When she was 11 in 2007, she was a finalist on Kiddy Song Contest, a children’s casting show on Austrian TV. This gave her father the idea for his first startup: Teenage Rockstar, which cast online for teenage musical talent and launched in 2009. Besides, in 2010 he produced a TV pilot webisode. RTL/Disney Television picked it up and the series, Teenage Rockstar Summercamp, aired in 2011 in Germany, Switzerland and Austria.

Though Straub achieved some financial success from this projects, his ability to fully monetise it through a global launch of the online platform was limited by international copyright problems. The Teenage Rockstars mostly uploaded cover songs to the platform, and Straub only had  obtained a licence with the Austrian collecting society AKM. He says, “there are some 196 royalty-collection societies worldwide, each requiring its own licence for distribution. To this day, there is no universal licensing model. The result was that the international rollout was not possible and we had to discontinue our cooperation with Disney.”

“We believe in music – that’s why we created Global Rockstar” 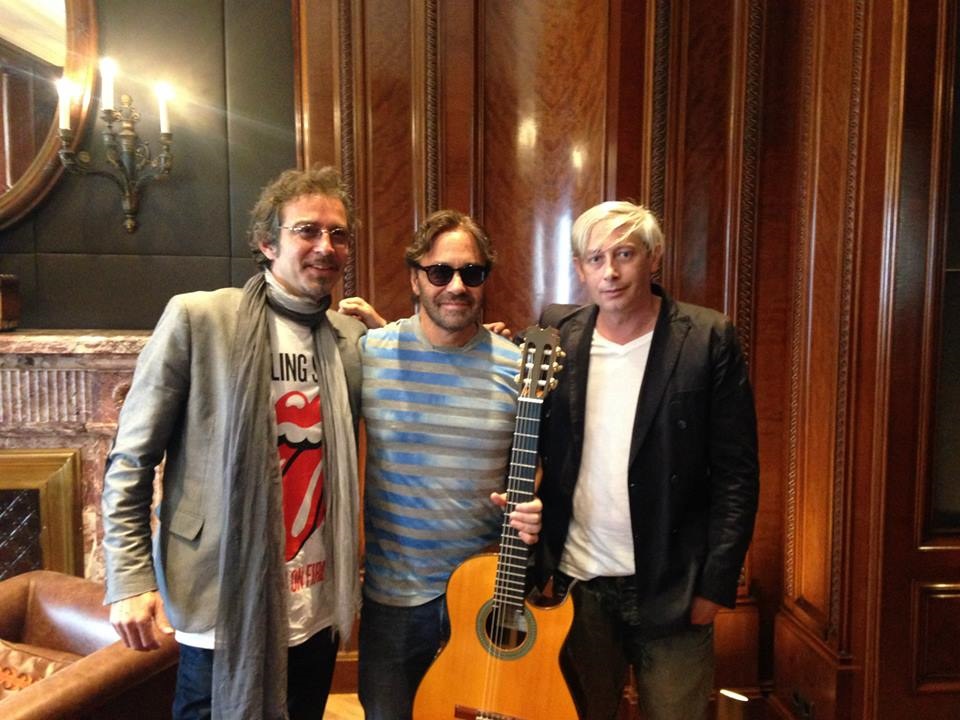 The cofounders with awarded Jazz composer Al Di MeolaThe following year, Straub and Ronny Steibl met each other through their girlfriends, who both have own shops in a well-known shopping street in Vienna. Steibl, a self described “digital native and music lover” had broad experience in programming and digital marketing with HP, Austrian Telekom and Tele2, yet he was looking to work independently. Together they brainstormed ways to expand the online rockstar-contest model beyond teenagers and also avoid the copyright/royalties trap by focusing only on original music. They decided to throw their own money and effort into this new concept and co-founded Global Rockstar.

In 2012, Straub and Steibl partnered with the United Nations, which was organising the Conference on Sustainable Development “Rio+20” in Brazil. The Rio+20 Global Youth Music Contest challenged young musicians worldwide to submit a song with the theme “the future we want.” The winners of the contest, Portugal’s Meu Planeta Azul, earned a chance to perform live at the Rio conference by generating more than 44.000 fan votes online.

Simultaneously, Steibl and Straub started to rebuild the platform, allowing for more submissions and voting features. For 2013’s contest, they secured sponsorships from Austria sound-equipment manufacturer AKG, who donated 10.000 dollars worth of  products to be given away as prizes to contestants. This resulted in some 2.000 musicians/bands from countries around the world submitting their original music and a 2.5 million fan votes cast. Breaking even for the first time, Global Rockstar partnered with presenters and with Spinnup (Universal Music’s online A&R platform), as well as by licensing their voting-platform software for non-musical uses (for example, the Peter Drucker Society used it for a management-video contest).

Early in 2014, they also found angel investors in Austria (“we were lucky,” says Straub), who put up about 600.000 euros for a 25 per cent stake and enabled Global Rockstar to offer a 25.000 dollars grand prize for the upcoming contest. They also received funding from Departure, the creative centre of the Vienna Business agency, for production of their informational “webisodes.” 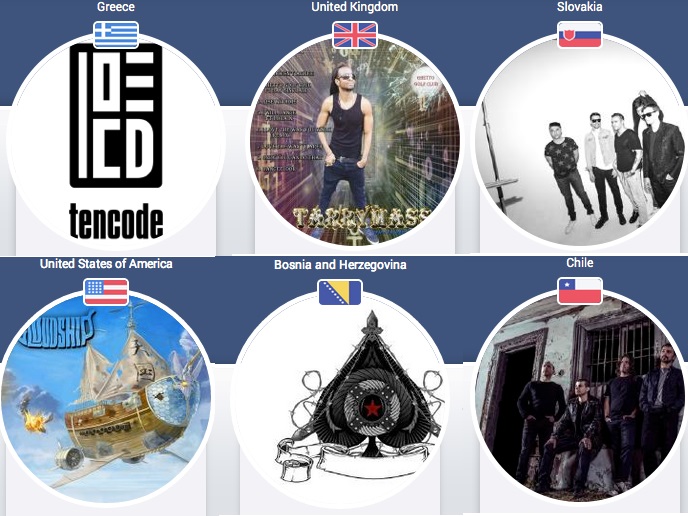 Rockstars from around the globe; Photo credit: http://on.fb.me/1koR84hThis year, Global Rockstar is introducing another revenue mechanism – one that benefits the artists as well. Fans, who can normally cast free votes using social media, can purchase “super votes” for their favourite songs, which allows them to download the song (or receive some other gift) from the band. The band, in turn, receives half of the net revenue from the super-vote.

The platform will also allow bands to set up donation-based crowdfunding campaigns to raise funds for recording, tour support or equipment. Straub and Steibl are busy finding more branding and licensing opportunities. At the moment they are also developing a smart-phone app to increase the frequency and quantity of fan participation.

Having just moved into a large loft office space (provided by their angel investor) in the former Anker Bread factory in Vienna, Global Rockstar’s previous staff of four has been augmented this summer by around 15 music scouts – summer interns who troll the net for high-quality international music acts. Their facebook fanpage currently has more than 260,000 likes. The goal this year is to get 15,000 musician submissions from over 130 countries (from Afghanistan to Zimbabwe), as well as to rake in at least 120 million page views and, of course, to turn a profit.
“We believe that every new artist deserves a global stage to earn money. And that fans should be able to support artists directly, and get rewarded.”