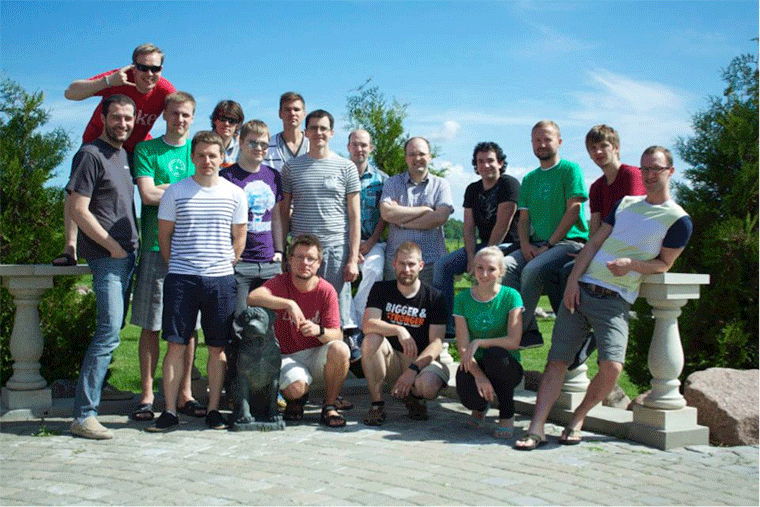 Say you work in sales and you’re not happy with any of the tools out there to manage your sales pipeline. What do you do? You either don’t change anything and remain unhappy, or you create your own tool. At least that’s what Estonian – and now Palo Alto-based, startup Pipedrive did, and has recently announced raising a seed round of 2,4 million dollars.

The list of investors includes TMT Investments – which has previously invested another 700.000 dollars in the company, Rembrandt Venture Partners, Storm Ventures as well as a number of angel investors. In exchange for the funding, Pipedrive has given up 14.11% of its shares.

Software as a service

The startup was created from the need for a proper customer relationship management (CRM) tool on the market – one that would satisfy the needs of sales people from SMEs. Pipedrive claims to have a clear interface, a well-defined workflow and can be compared to a professional to-do list. The service is reportedly being used in 105 countries, and by now has over 5.000 paying customers.

CEO Timo Rein got the taste of sales working at Southwestern Company (US) selling books door-to-door, and later on at Vain & Partners where he worked alongside Urmas Purde, a Pipedrive co-founder. After more than 10 years in the sales industry, he had become aware of the problems that companies experience with their sales pipeline,so the two together with Martin Henk, Martin Tajur and Ragnar Sass co-founded Pipedrive in 2010. Three years later, they have 21 employees and are still growing.

Ironically, for a company selling sales software, they don’t have a sales team. They are targeting small companies or small teams within larger ones. “The current pricing is very affordable so it wouldn’t make sense to have a sales team selling something for $30 a month,” said Henk. More about pricing and their other plans is available here.This means they also rely on strong word of mouth and other growth sources such as capital and technological progress. Henk said that while the average revenue per customer is quite low due to the affordable pricing, the cost of getting these new customers is little as well.

“We believe the new funding and the new people we have added with this round will help us in building a great company and grow a lot faster in the near future,” said Henk.

The new investment will be used for global expansion as well as to improve the CRM experience. The team are currently scouting for six new developers and engineers in Tallinn. What they are looking to keep the same, though, is their target audience of small enterprises rather than big players.