“The medical sector is hardcore”

As we’ve shown in the first two articles of our thematic focus on startups from the medical and healthcare sectors, the business field is one of the most promising around (see our previous articles on the prospects for digital health and medical and healthcare startups in the EU). While good money can be made once a viable business idea for the medical or healthcare sector has been implemented, the path there is rather rocky. Much more than other fields, the healthcare industry is characterised by a lot of legal requirements, which is a good thing – considering that it deals with actual human lives. For this reason, there is a higher claim for market maturity of products than in other areas, as Dr. Jama Nateqi, founder of medical search engine Symptoma, highlights. 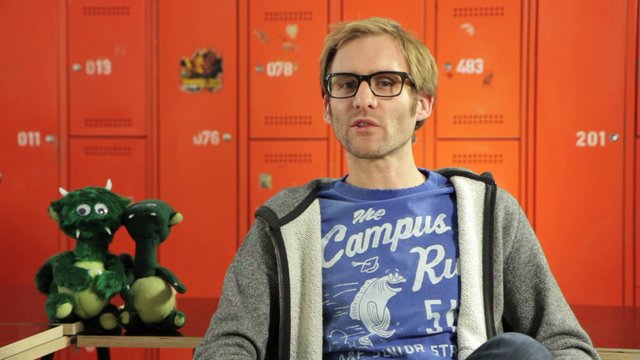 Debong advises entrepreneurs, who want to start their business in the medical sector to ask themselves two important questions: “First, you should ask yourself ‘Does my product have an impact on a person’s health, or on a patient’s therapy?’ If you answer the second question with ‘yes’, you’re working on a medical device. Secondly, you should ask, ‘Could my product represent a risk to patients?’ – to clear this up, you need to get in touch with the respective national authorities and institutions like the European Medicines Agency (EMA), ISO, TÜV, the Food and Drug Administration (FDA) in the US – or you can also contact us for advice.”

Offering a medical device with your startup, in the words of Debong is “hardcore”:  “It involves a long process of getting certifications and licensing on behalf of authorities. It’s not only very cost intensive, it’s also extremely difficult. It’s a very process-oriented endeavour.”

It took mySugr one and a half years to design the process and another one to implement their product, before their app could launch on the Austrian and the EU-market in 2012. mySugr is certified by the ISO 13485, an international standard for medical devices, and approved by TÜV Austria. 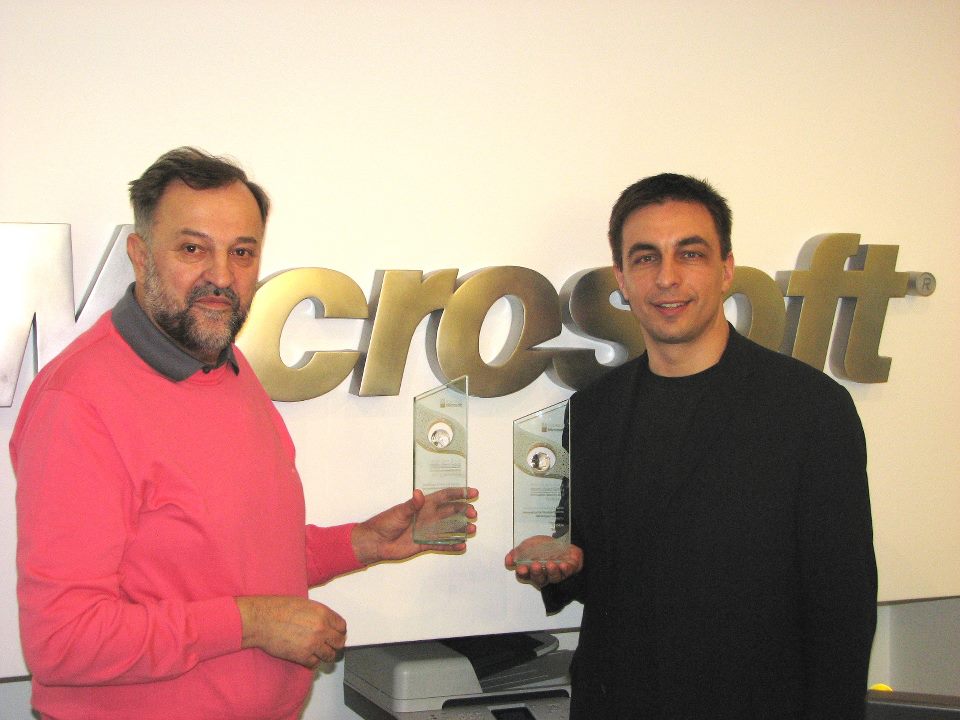 Teleskin’s Dr. Jadran Bandic (left) and Sava Marinkovic with their Microsoft awards. Credit: facebook.com/TeleSkinSava Marinković, founder of Serbian startup TeleSkin had similar experiences. TeleSkin develops hardware, software, and mobile solutions for the early diagnosis of skin cancer, melanoma, and other dermatological conditions. Founded in 2007, the startup received Microsoft’s HealthCare Innovation award at HIMMS 2013 in New Orleans this year and are preparing to launch their SkinScan mobile and tablet software next month. One of the biggest challenges to Marinković was figuring out the legal situation. “For device startups, the regulations can be costly and time-consuming,” he points out.

This dependency on regulations is also the reason Nateqi of Symptoma does not believe that the sector is generally immune to recession – despite its promising market growth potential. “Particularly in the healthcare industry, business models can practically change over night through changes in national regulations – an example of this is the pharmaceutical industry in Germany.” 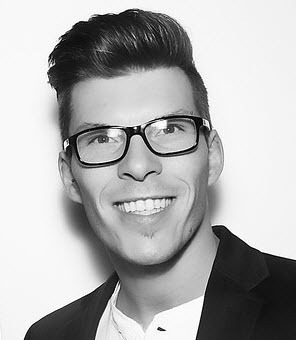 Runtastic co-founder and CEO Florian Gschwandtner Credit: RuntasticRuntastic is the most successful Austrian startup that deals with health from a fitness perspective. Its co-founder and CEO Florian Gschwandtner considers Runtastic a Mobile Health & Fitness Company and not a mHealth provider in the strict sense, he told inventures.eu. “In my opinion, many areas are overlapping. But Runtastic clearly puts the fitness approach into the foreground, with health as the resulting component. With new apps, like our Heartrate App, we show that essential health parameters will also form part of our ecosystem in the future.”

Gschwandtner gives the thumbs up to fellow Austrian startups mySugr and Diagnosia and believes that, “many business models are yet to be developed in this area. After all, when we started out in 2009, nobody believed that mobile business could become a business model, where you could actually make money. This is why we didn’t find any investment back then and most people advised us not to found Runtastic.”

According to Nateqi, business models aiming to lower the costs of healthcare work best in the US, “where the disproportion between costs and performance of the healthcare system is highest.“ Getting a permission to launch your medical product on the US market through the FDA, however, poses even further challenges for European startups aiming to take their business abroad.

But there is reason to be optimistic for mHealth startups aspiring to conquer this lucrative market: “The FDA will publish their guidelines for the mHealth sector, soon – this is a change that startups from the field have been anticipating for years,“ Debong knows. “Once the guidelines are out, it will finally become clear how European mobile health startups can deal on the US market.”

Abotic’s success proves that not just the development of digital, but also tangible products can turn into a scalable business model in the healthcare industry. In late 2012, the startup secured a one million euro investment for further research and development, as inventures.eu reported.

Fellow Austrian Bucinator and Slovakian Asanasi are further interesting examples of CEE startups that are creating medical hardware – although hard is probably not the right expression to describe their products. 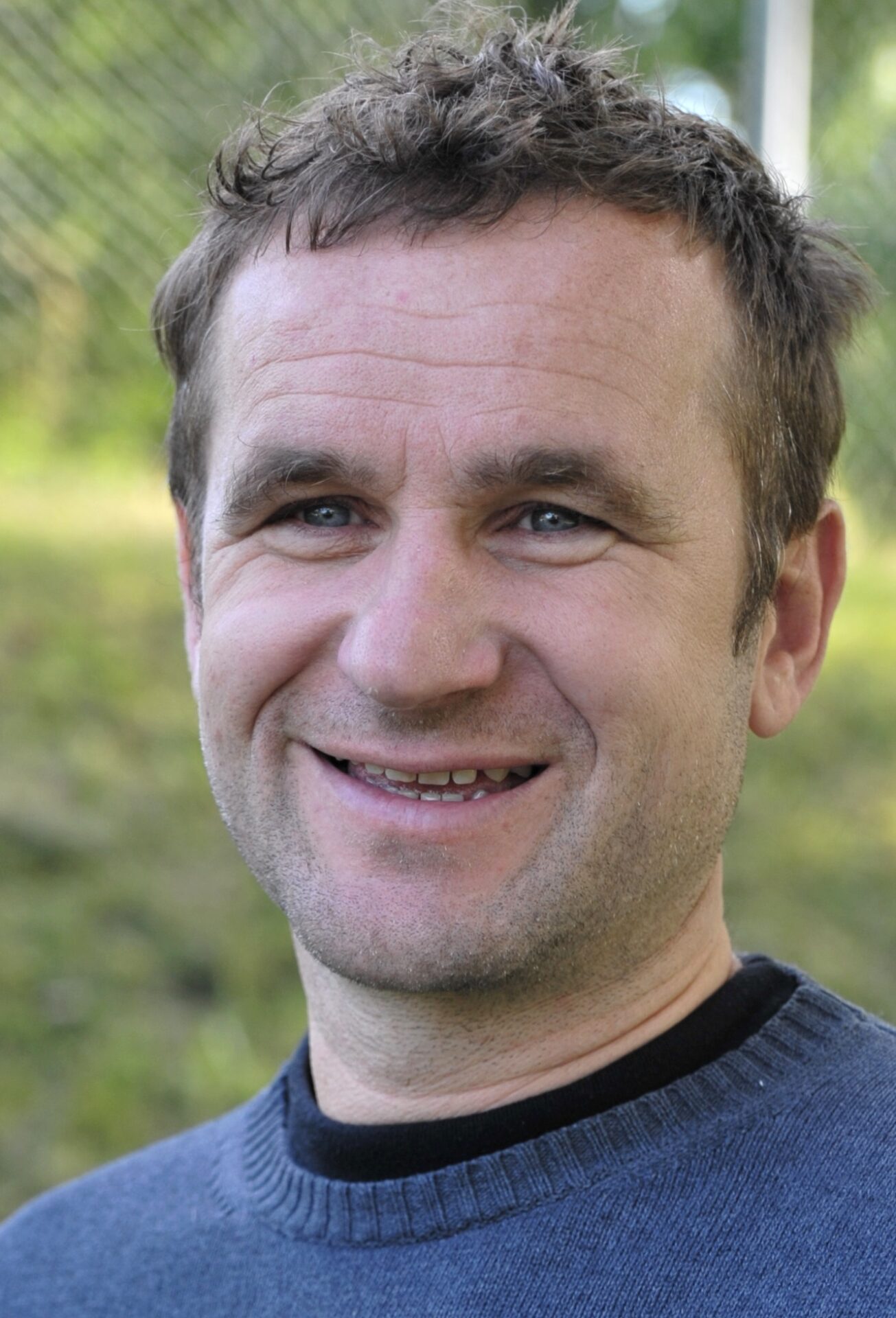 Bucinator founder Dr. Johannes Hilbe. Credit: BucinatorFounded by Dr. Johannes Hilbe in 2011, Bucinator have developed a sensor mattress, which senses that you will get up before you actually got up. Bucinator’s innovations in the field of sensors are particularly targeted at elderly people in nursing homes and hospitals – a growing demographic. Bucinator provides sensors to prevent falls and increase the safety level of their target group without restraining them, thus improving their life quality, while requiring less resources for observation duties. After the product has been tested and launched, the startup is now ready to scale.

Asanasi have created a chair inspired by a natural yoga sitting position (Asana) that promises to exert no pressure on the tailbone and rectum by enabling the user to sit on his or her thighs and buttocks – thus alleviating pains commonly associated with haemorrhoids. While the Slovakian startup answers to a slightly taboo problem, the chair itself does not evoke that association. “The revolutionary chair that amazes doctors“ looks more like a designer piece than a medical device, which is probably why the winners of last year’ StartupAwards.sk have sold more than 1100 of its chairs starting from 422 euros a piece since their launch in 2010.

What’s in it for CEE startups?

Although the American market seems promising and Europe still appears to lag behind as far as far as developments and also the right attitude for innovation are concerned (see our previous article), making it as a CEE startup in the medical and health sector is not necessarily dependent on the location.

Sava Marinković of Teleskin believes that the challenges faced by CEE startups in the medical field are “the same as anywhere else in the world”: You have to have the right talent, medically, technically and as far as your strategy is concerned, “to build a product that solves the right problems.” Then you have to determine the right business model because, “solving a problem doesn’t necessarily guarantee profitability and many problems exist because the current approaches and attempts to solve them are unsustainable,” he told inventures.eu.

While not operating in the medical industry himself, Runtastic’s Florian Gschwandtner encourages aspiring founders of health-focused startups: The legal regulations that are different for every country may pose big challenges, but “for exactly these reasons, big things are possible in the sector, because not everyone dares to enter this area, which is why there is a lot of room for new ideas and innovation.”

And one final word of advice from the founders of Croatian startup IDerma, Josipa Majić and Ana Burica: “What is probably most important, entering an industry as closed as this particular one is hardly possible without a solid background and support from the inside. (…) And have in mind that medical staff is very specific when it comes to sales and negotiation.” Thus, before starting out with your groundbreaking medical and healthcare innovation, get the support and advice of established medical professionals and institutions – and know how they operate.

Med and Health Startup Focus Part 1: An app a day keeps the doctor away?
Med and Health Startup Focus Part 2: The future of healthcare startups in the EU
Profile Fredrik Debong (co-founder mySugr): Vienna’s Sugar Daddy
Profile Jama Nateqi (founder Symptoma): Just what the doctor ordered
mySugr Junior: Answering to an alarming trend
Abotic: The Opposite of an Exit – How to get a Licensing Deal
Abotic secures 1million euro investment from Bon Venture
Continue Reading
0
155 Views
1