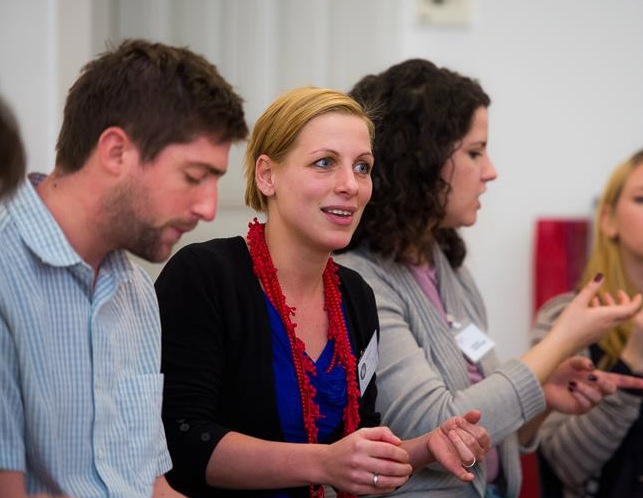 “How about ‘The Island on Two Wheels’“, Tihana Basic asks. The young woman from the Croatian island of Murter admits that the branding of her venture is a work in progress, as are many of the 15 social businesses at the warm-up event of Investment Ready Program (IRP), an accelerator program for social entrepreneurs from Central and Eastern Europe (CEE) in Zagreb, Croatia last Thursday. The event hosted at the recently opened HUB Zagreb was one of six giving social the entrepreneurs the chance to present their social business ideas – and to be selected for The IRP Academy.

Tihana Basic had the idea of turning her island into a more enjoyable one than it already is. “There are 800 people living in Murter but in the summer there are more than 6.000. The traffic is awful, the pollution is heavy. So I thought, why not offer rental bikes? This could not only change the traffic situation but also attract the more active people to come spend their holidays there“, she says. As she explains her idea, Tihana is already implementing everything she has heard in the workshops that day, on how to attract investors to finance her project. This is one big aim of the organisation’s program: “We want to increase their capacity in attracting money“, Alexis Eremia from the IRP says. 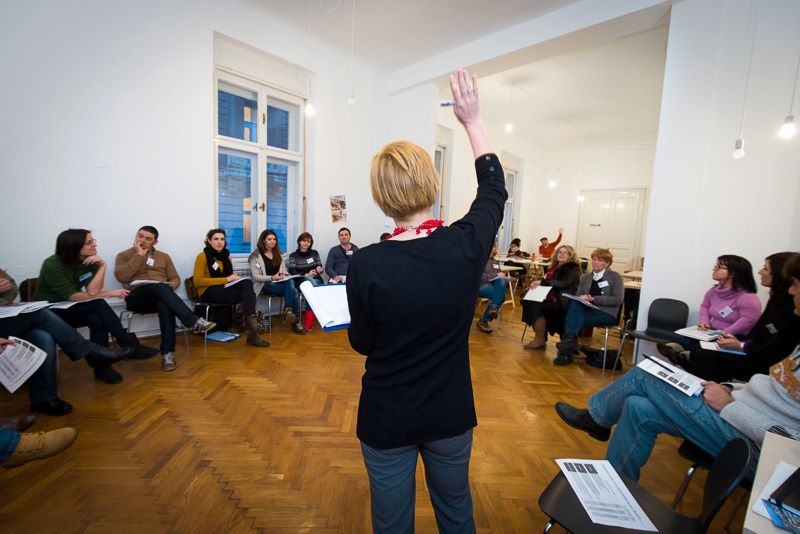 Photo: Antun Cerovecki“As the title says, this event is a warm-up for the Academy“, Lena Gansterer, the IRP program director explains. From March through to June, 15 social ventures, chosen after the IRP events in Vienna, Zürich, Istanbul, Bucharest, Budapest and Zagreb, will be working on their ideas and will be coached by mentors from the Boston Consulting Group. “They have a big chance to get financed after they graduate from the program“, Alexis says.

Croatia will join the European Union in July this year, but economically and financially the country is at the bottom. Not only social entrepreneurs but the whole private sector has difficulties to get loans. Still, the participants hope that programs like IRP will help them to develop their ideas into businesses, pitch their plans in front of decision makers from local banks or find another investor.

Some ideas as Tihana’s are just at the beginning. Others, such as Humana Nova, are already up and running. This social cooperative from Cakovec, a city in central Croatia, was founded by Ivan Bozic. He had the idea to collect old clothes and shoes and to either sell them or to recycle them into something new. Humana Nova already operates two shops and has eleven employees. Ivan plans to build up a franchise, so the idea can be extended to the rest of the country. The people who work for Humana Nova are long-time unemployed, minorities or disabled. The revenue in the first year of doing business was 120.000 euros. 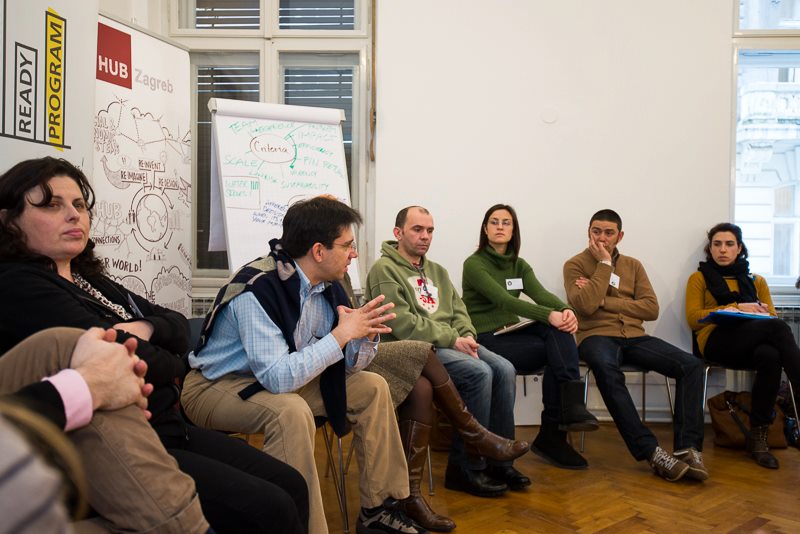 This is an amount of money that Goran Momcilovic can only dream of: The Serbian hairdresser was shocked when he returned to the Serbian City of Novi Sad after having worked abroad and found out that the number of drug addicts in his town was rising. After three youngsters visited his salon and an elderly lady asked Goran, whether he could come to her home to cut her disabled husband’s hair, he began to dream of a centre, where he could help former addicts and elderly and disabled people at the same time. His idea was to train people who come out of rehab or who have been sober but unemployed for years to become hairdressers and offer a home service for elderly people, he explains. “Both sides would feel better and the city would have a couple of unemployed people less.“

The “feel good“ moment is something that Berislav Lopac, one of the coaches at the event, would call “promoting a special value“. “It is important to start small”, he says, “because at the beginning you want to spend the least possible time and money.“ Often it is better to start small and local, than to think too big and to fail, he emphasises.

For Tihana from the beginning of our story this is probably a good advice. Initially, she was hoping for 20.000 euros for the purchase of her bikes but she will probably buy a smaller number. Now, she only has to persuade the municipality of Murter to support her project to get started in the holiday season of 2014.