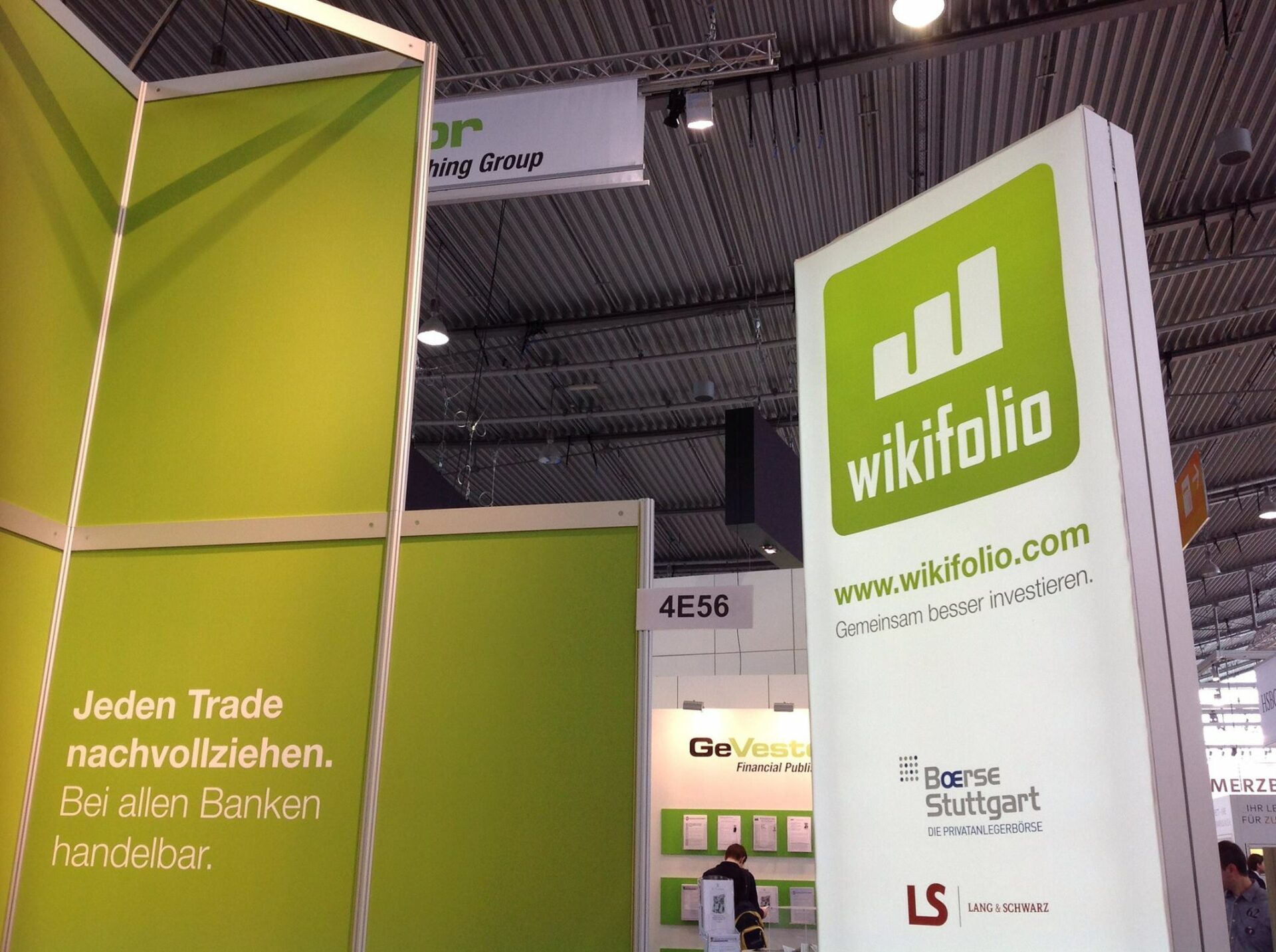 Last month, we wrote about wikifolio teaming up with Finanzen100 in a strategic partnership (read the story here). Wikifolio, however, is determined to keep us on our toes with more newsworthy developments, by raising a 6-million-euro investment round led by SpeedInvest.

Wikifolio is an Vienna-based startup whose certificates are said to be the first social media investment products available. Equipped with their own ISIN, the wikifolio certificates can be traded on the Stuttgart stock exchange and over the counter at Lang & Schwarz. Following the partnership with Finanzen100 last month, CEO Andreas Kern said to have received positive feedback from users. “The traffic we’re getting from this partnership is increasing steadily. Looks like we have achieved a win-win-win situation: Finanzen100, our users and ourselves are happy with the collaboration,“ he told inventures.eu.

Apparently, this progress has not gone unnoticed, as wikifolio secured no less than 6 million euros in fresh capital. The deal was structured by SpeedInvest and brought in financing from existing shareholders, such as VHB Ventures, Lang & Schwarz, Michael Grabner Media and Michael Altrichter, as well as new private investors.

“We started talking a good half year ago,“ Kern said. In the end, we decided to go with the partner who offered the best combination of fair terms and an impressive amount of expert know-how of our market.”

Wikifolio disclosed to inventures.eu its current ownership structure, which after this latest capital inflow looks as follows: 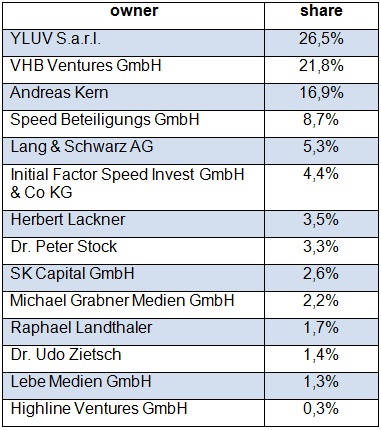 The money will be used to help develop wikifolio.com into a global brand. The startup plans to focus on growing the team further and investing energy into product development: new features for investors and traders, mobile apps and new partners.

Looking back at a successful year

In the last month alone, wikifolio has brought to market two new offers in cooperation with long-time partner S Broker: “wikifolio-Zertifikate,” which are priced at 0,99 euro as well as “Sparplan wikifolios”. These two products represent the first step in opening wikifolio towards a broader target group and becoming relevant in the less experienced investor segment.

In our previous coverage, we’ve also related that wikifolio reached profitability earlier this year, has executed the one millionth trade and has successfully expanded operations (read the full story here).

“We look back upon a great and successful year since we started – nearly everything that we’ve initiated has worked out well. However, we are aware of the fact that we need to prepare for possible backstrokes that may come in the future as well, “ Kern added. 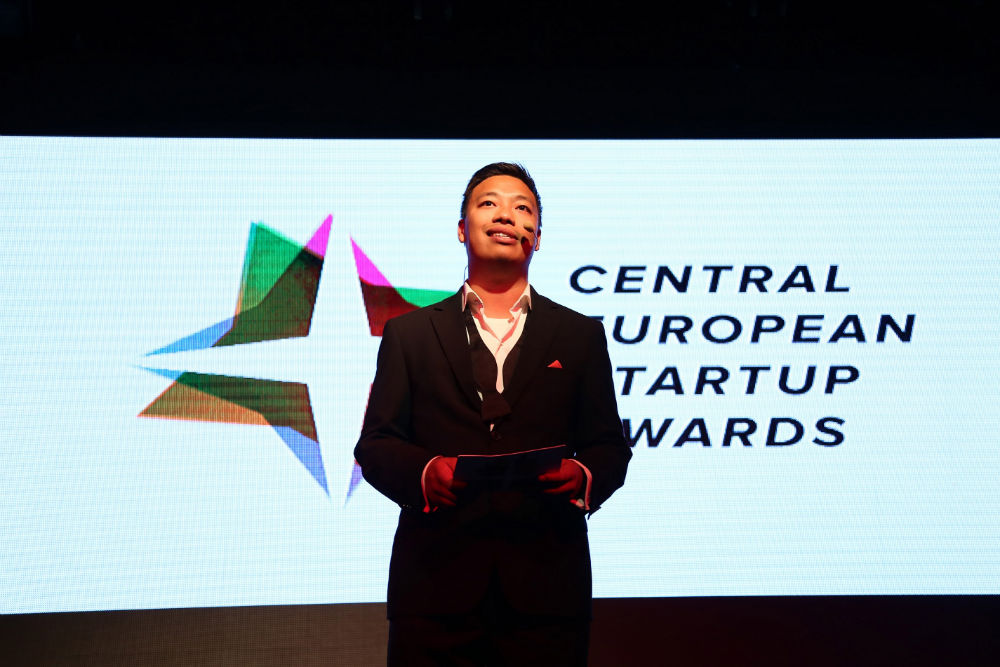 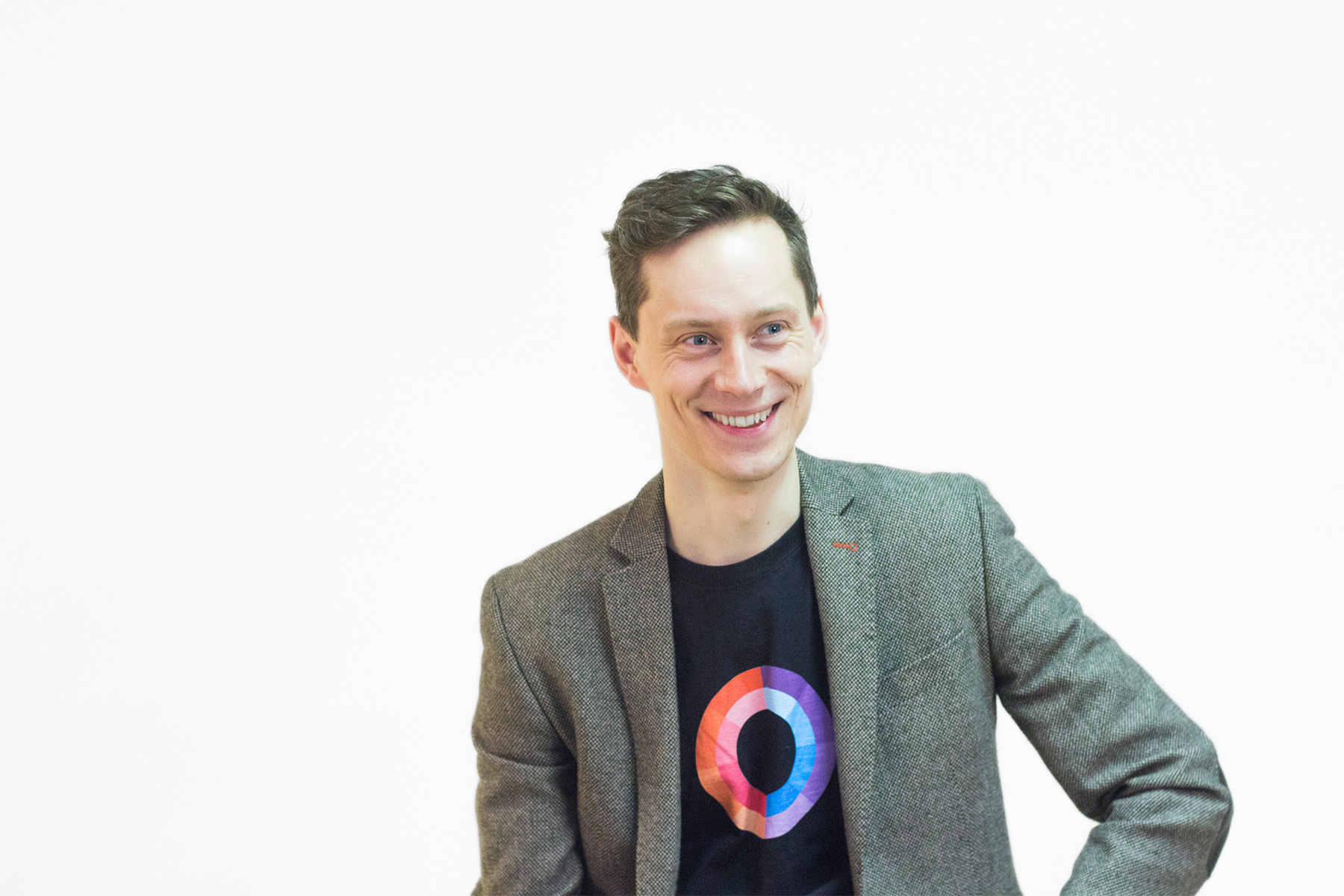 The Finish software venture Holvi managed to partner up with Austrian Speedinvest; the business angel fund invested approximately one million euros in the banking services firm and wants to support its expansion throughout Europe.

Michael Schuster, who oversees knowledge management at Speed Invest and is evaluating startups for the fund talked to inventures.eu about the deal. According to him, negotiations about an investment in Holvi were concluded within a short period of time: “It only needed a couple of weeks and one visit to the sauna with the Holvi team,” Schuster said with a wink.

Speedinvest will actively support Finish Holvi to launch their service in Austria and also shall support the venture not just with capital but also with contacts, its network and eventually “from fundraising next rounds to HR support,” as Schuster put it.

A banking substitution for Europe

Holvi offers a software that provides a full service account for small and medium-sized enterprises: it comprises a shop component, invoice management and expense tracking. Plus, no bank account is needed as Holvi provides one for its clients itself. “The good thing about Holvi is that is uses Pan-European laws (Payment services directive) by the EU to provide its services,” said Schuster from Speedinvest and continued by explaining the business model: “No fixed fee applies, every transaction cost 90 cents, for a shop purchase, three percent disagio are calculated but this includes all fees by credit card providers […] you only pay when you use it.”

Holvi currently employs about ten people. The next waypoint on their expansion plan is Austria, with Ireland to follow suit, according to Schuster. Holvi developed its software solution for freelancers, small entrepreneurs and medium-sized enterprises and wants to disruptively change the banking landscape in Europe with all necessary services pooled into one programme. 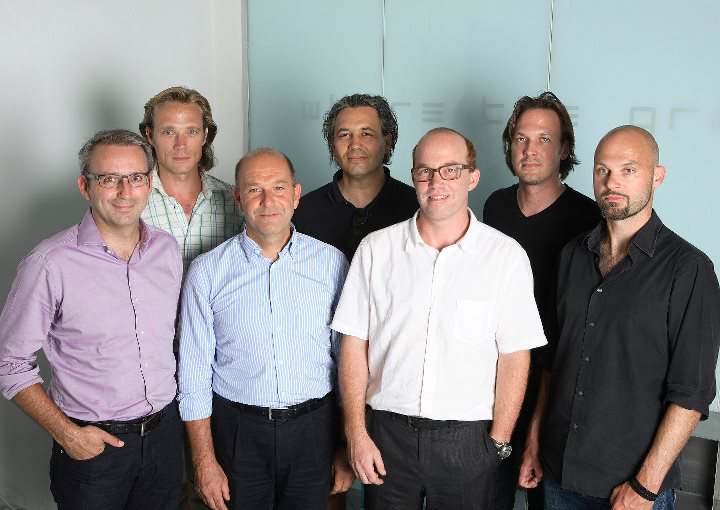 Austrian venture fund SpeedInvest was part of a funding round for payworks, a Munich-based payment startup, in which they raised a six-digit number. payworks provides a mobile POS platform that lets merchant service providers quickly build payment functionality into their applications. According to the company, the investment will be used for the further development of their platform and to support sales and marketing.

“We are confident that the time is here to simplify mobile payments in dozens of industries and verticals. payworks is one of the companies driving this simplification by offering easy to integrate solutions that work,” CEO of SpeedInvest Oliver Holle told inventures.eu.

For payworks, it was already their second round of funding with business incubator Barikuta Partners as their seed investor. “The investment is another boost for payworks and our goal to lower the market entry barrier for mobile POS providers,” said Christian Deger, CEO of payworks. “With SpeedInvest, we found an investor that not only provides us with additional capital to accelerate our growth, but also helps us with valuable hands-on support.”

But there is more as payworks announces its cooperation with Austrian-based Orderman, a provider for technological solutions in the hospitality sector. The goal of the project is Orderman’s integration of payworks’ mPOS SDK (mobile Point of Sale Software Development Kit) into their products, allowing merchants to use the Orderman device as a payment terminal.

For both parties, the collaboration seems to step up their technology as well as their business scopes. “Orderman is one of the leading innovators in the POS space, always striving to perfect the customer experience with their products. We are very happy that payworks is part of Orderman’s initiative to make mobile POS technology available to their clients,” said Deger.