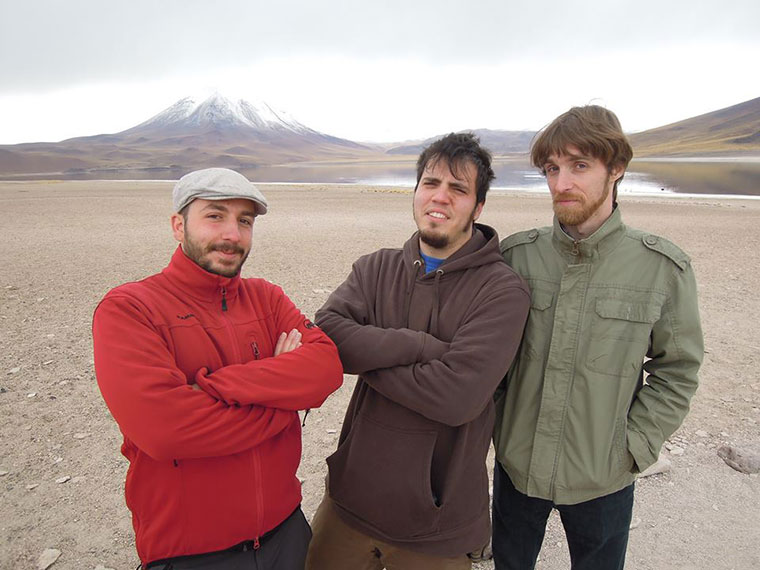 Just when you think you have a complete overview of social media, a startup pops up and takes it to the next level. Hungarian-based Brickflow launched their beta version just a week ago and already has a four-digit user base.

Do you remember playing with Legos when you were a kid? Well, Brickflow is a tool that enables journalists and bloggers to turn social media noise into meaningful visual content. One can build slideshows automatically by choosing a hashtag, or manually on a drag-and-drop interface, much like arranging pieces of Lego. Moreover, the app brings together and lets you curate content from Instagram, Twitter, YouTube and more, all in one place.

Three co-founders represent the backbone of Brickflow. Mihail Borbely is credited for originally coming up with the idea, and is now in charge of marketing. Peter Langmar acts as CEO and Kokeny Tamas, who used to work for Prezi, is the CTO. Moreover, the team is supported by a developer and a designer who are located in Budapest.

On 20 July, the team launched public beta and Brickflow is already gaining some users. “Besides journalists and bloggers, the education technology community started to show an increasing interest and as we provide a pretty solid workflow for Tumblr users, they are getting more and more interested too,” Langmar told inventures.eu. “Since the soft-launch of Brickflow we have been able to conduct tests on a significantly bigger user base, which is teaching us a lot. Based on the user feedback we are polishing our product. Moreover, the user acquisition loop and the retention are key aspects during this period.”

From crowdfunding to accelerators

The Hungarian team has come a long way to get to this point. In order to travel the distance between concept and the beta version online today, Brickflow had to raise money three times and even managed to capture the attention of two accelerator programmes. “We kicked off Brickflow with a crowdfunding campaign a year ago and raised 10.000 dollars. We are a Startup Wise Guys alumni, where we got a 15.000 euros investment and we are currently enrolled at Startup Chile, which provides a 40.000 dollars non-equity grant,” explained Langmar.

As for the future, the Brickflow team seems to have it figured out. They are ready to launch their product and raise 250.000 dollars of seed investment. Langmar told us that after graduating from Startup Chile they would like to move back to the region, raisethe seed round and open an office. Once they have settled, they can start focusing their marketing and business development efforts on the USA, as they are their key market.

Curated storytelling is a form of communication that is becoming increasingly popular, while at the same time content is getting shorter, more visual and taking place in real-time. However, in this virtual environment, Brickflow is likely to face competition from other content-curation tools, such as Storify. However, “unlike Storify, Brickflow is a visual tool and focuses on the playful user experience. Nobody else on the market is focusing on visual storytelling with such an approach and Brickflow is the first on the market, which offers a solution for Instagram video-based storytelling, too,” stated Langmar.

Moreover, Brickflow is the first to offer the option of connecting multiple Instagram videos, thus giving the user the possibility to tell a longer a story. According to co-founder Borbely, “This will open up a whole new world of possibilities, like crowdsourced short films and advertisements. I deeply believe that micro-videos will reshape the way we think of visual storytelling. It’s a newformat by itself, but these videos are also the perfect building blocks for something bigger.”