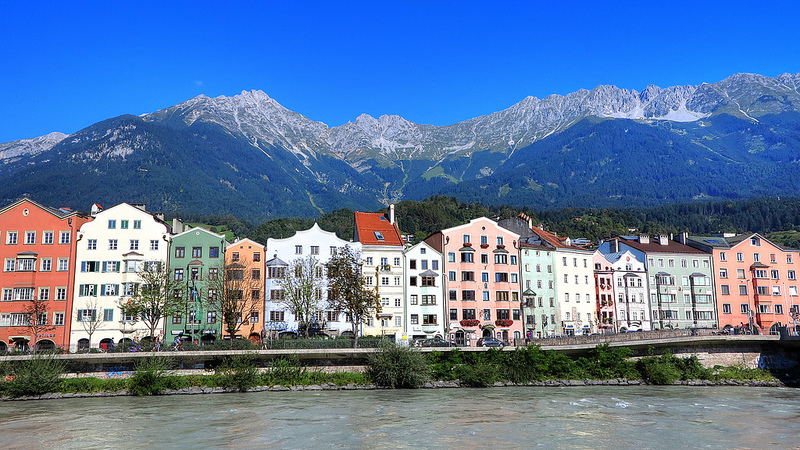 If you want to summarise Start-up Day 2013 in less than five words, chances are you won’t be able to. The one-day event, co-organised by the Center for Academic Spin-Offs Tyrol (CAST) and the aws, took place on 6 June in Innsbruck, and spanned a wide range of topics from open innovation through social entrepreneurship, lean, and the 10 lessons learned from being in a startup, to name but a few. Out of some 290 reported RSVPs, an estimated 200+ people joined in, accounting for a dynamic, and full of shoulder-brushing Start-up Day. The participants’ pool was diverse – from experienced founders to students and aspiring entrepreneurs, startup aficionados, and quite obviously – the press.

The goal behind the event was simple – to invite participants to see what’s out there on the scene, to learn first-hand from the experience and know-how of entrepreneurs, and perhaps even to discover (and build up) their own startup story.

it’s your first step towards success. Max Wittrock, founder and CEO of mymuesli.com – a startup that offers customised muesli packages, gave the first keynote speech of the day, in which he presented his own 10 lessons learned from being in a startup. There was perhaps no better way to kick off the day, but by sharing a few words of wisdom, and reassuring participants that “learn as you go” is part of an entrepreneur’s job description.

First lesson learned: Everything starts with a story. Whether you’re talking to your friends, giving an interview or an elevator pitch, what you’re doing is, in essence, telling your story. “We [Wittrock and his co-founders] were on our way to a lake when we heard the commercial of afamous muesli brand on the radio. A few hours later, we had already agreed that we not only wanted to make a better commercial, but also better muesli,” Wittrock used his own startup as an example. (Read more about their story here).

But he wasn’t the only one. Marie Ringler, director of Ashoka Austria, also introduced her work with a personal anecdote. She had worked in politics for ten years before she decided to move away from it, and instead build up an Ashoka branch in Austria. “I just didn’t want to be one of those voices anymore that people had the immediate urge to mute once they came through their TV,” she said. A somewhat humorous self-assessment that aimed to teach participants to firstly, try different things out and not be afraid to start anew, because secondly, no career path is set in stone.

As important as it is to know your story, it’s perhaps even more important to tell it to the right people; a.k.a. Wittrock’s second lesson learned. If you manage to find those people, they can well become your future multiplicators.

Although Wittrock did not go into an in-depth analysis of every single of his 10 points, they still deserve a quick mention:

#4: Money should not be your motivation to start up. Passion should.
#5: Whatever can go wrong, will go wrong.
#6: “Just do it” is usually the best market test.
#7: Learn to work with critique, and use it to your advantage.
#8: Hire “infected” people – a.k.a. those who share your passion.
#9: Don’t do everything on your own. Teamwork is key.
#10: Never stop exploring!

Speaking of exploring, it’s safe to say that Start-up Day 2013 provided participants with a bit of an (unplanned) surprise, and an opportunity to explore the premises – the event took place in Villa Blanka, a mansion on the outskirts of Innsbruck.

As an entrepreneur, you operate in an environment of high uncertainty, so flexibility is a must-have quality. The two keynote speakers of the morning (Wittrock and Ringler) were good examples of people who have had to adapt to new situations and unexpected twists – perhaps something many participants had not had a chance to experience first-hand. So the fact that the building’s gas alarm went off midway through the morning session may have been, in its own way, everybody’s exercise on how to adapt to unplanned circumstances.

Guided by the instructions of the organisers, the participants cleared the building within minutes, and quickly made themselves comfortable in the park area surrounding the location. The fact that they had just been escorted out, and that the fire department arrived, did not seem to stir any of the conversations. In fact, many embraced the opportunity to mingle and absorb some vitamin D at the same time. Meanwhile, the organisers demonstrated some good improvisation skills, and held the three parallel workshops – Business Planning, Lean Startup, and Open Innovation – out in the open.

Back inside at around lunchtime, the programme continued with the pitching session of a pre-selected six teams, part of the innet. cup 2013 competition. (Read more about the contest in our previous report here). The ventures that presented came from five different fields of expertise: AFreeze and Vira Therapeutics (life sciences), Visalyze (information technologies), Organoid Technologies (creative industries), SynCraft Engineering (other technologies), and Augmensys (augmented reality). The first four of these areas served as the basis for the parallel discussions that followed in the afternoon. (A list of all speakers and topics is available here).

Katharina Klausberger, CEO of Shpock, and on the Information Technologies panel, shared her insight on the life of an entrepreneur, or a  “roller coaster”, as she called it. “Every high is followed by a low, which is followed by another high – often times all on the same day,” she said.

Next door, Ringler of Ashoka, Michael Sieb of TiRoLab, and Paul Kupfer and Georg Tarne of soulbottles talked highs and lows, and lessons learned in regard to social entrepreneurship. “As a social entrepreneur, you need to be able to identify a problem and an opportunity at the same time,” said Ringler. You need to be creative, to mobilise people, and work in a team.” Passion, she said, is one of the main ingredients, which in broader terms refers to an “economy of authenticity and integrity” – what in this context translated into the ability to project commitment to what you do. The “economy of authenticity” concept was also discussed by keynote speaker and professor for entrepreneurship Günter Faltin. (Part of his slides are available here).

Passion, however, is only one part of the equation. If you ask Tarne, humour goes well in it, too. “It’s key. It makes things more fun for you, but also for your customers, and the people you work with.”

Put everything together in one pot, and you’ll end up referring to Wittrock’s advice from earlier that day: Be creative, passionate, and awesome!