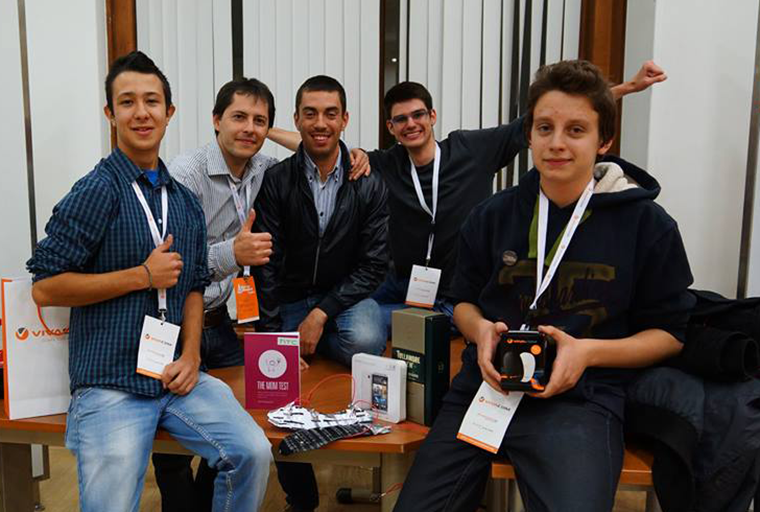 Just a few days ago, on 15-17 November, Startup Weekend Sofia rocked the Bulgarian capital. Sixteen groups participated in the entrepreneurial event, pouring heart, smarts, and soul into innovative concepts, taking them from fresh idea to finished prototype in 54 hours. At the weekend’s end, judges stepped in to decide which team had gone the extra mile.

Winning honours went to a group of young inventors with a unique twist on a basic and necessary item – the shoe insole. Stefan Ivanov, team leader and UX designer, and his teammates: business analyst Ivan Atanasov and developers Atanas Bahchevanov, Kris Parmakov and Nikola Donchev comprise Stepsss, the weekend’s victorious startup. Ivanov shared thoughts on their idea, the win, and what it all means for the team’s next steps(ss).

Ivanov, Bahchevanov, Parmakov and Donchev met by accident – connected through a mutual friend, a high school teacher, who recruited them to work on a technology-building project at a summer school. They bonded over their “willingness to learn” and eagerness at working on new material, which clearly boded well for their future inventive achievements.

The four met Atanasov at the Startup Weekend Sofia and, fitting well with the already-established team, he came on board to create their business strategy. “We have various skills and backgrounds, but being a small and cohesive team was the key to our success,” Ivanov explained. “We hope that this is just a beginning for all of us as a team, and given the opportunity that we have right now, we are determined to develop our idea for the sake of humanity.”

Getting to the heart – and sole – of it

So you’ve got a team who plays well together and the event platform to give it the necessary boost, but what about the winning idea itself? As it turns out, it’s an invention that brings a lot of heart to a sole. According to Ivanov, “our idea was to build a smart insole that is like any other insole that you place in your shoe, but it detects the applied pressure when you stand, walk or run. The pressure that we sense gives us very fine information about the whole body posture of the person wearing it – [and that] we believe is a key to discovering these problems and recovering from them in a rapid manner, compared to traditional methods, for example.” The idea was inspired by a friend of Ivanov’s who recently underwent ankle surgery.

Taking firstplace in the weekend’s event is a big step, but it’s still only the first one. Ivanov is realistic about the challenge ahead for the Stepsss team. “It means everything and nothing at the same time,” he describes the win. “Everything, because our idea was selected amongst 15 other great ideas, which is a high honour for us. But at the same time, it means nothing since we are far from completing our solution, and a lot more hard work has to be done before we can really consider ourselves winners.”

For now, they walked away with a prize package that included cloud services that will assist in providing necessary infrastructure for their work, free 3G WiFi for a year, and an aged bottle of Tullamore Dew whisky for a well-deserved, post-win celebration. “But most importantly,” Ivanov pointed out, “we won faith, faith that we have the correct approach and faith to keep on moving… step by step.” 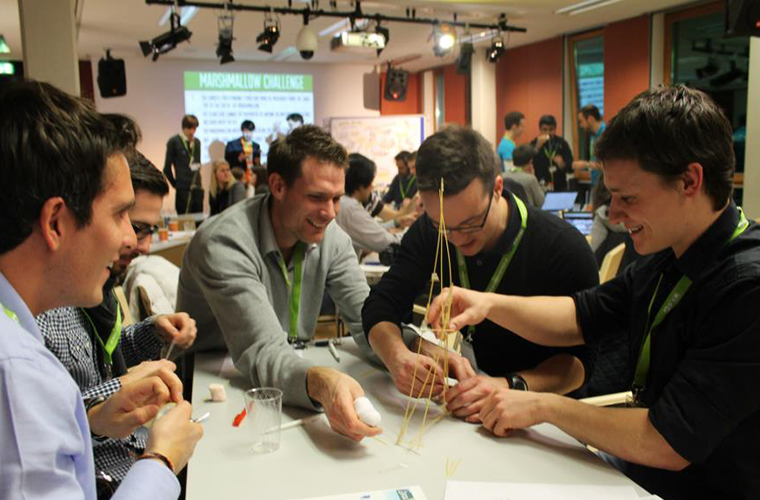