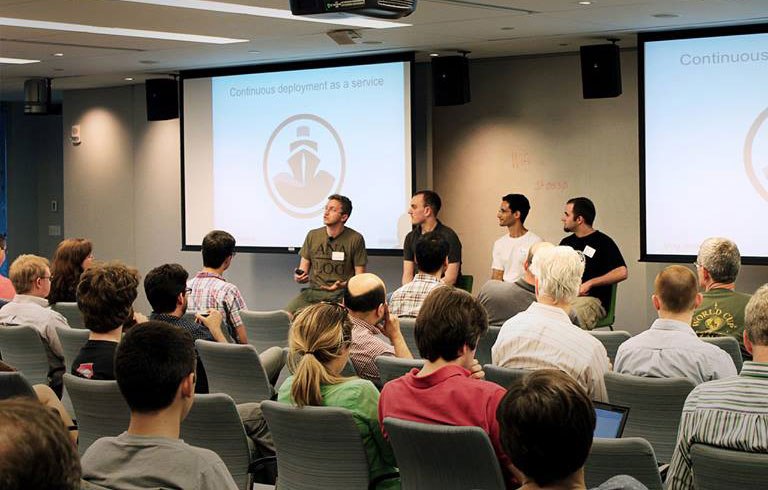 News from Moritz “Mo” Plassnig and Manuel Weiß of Codeship, the Austrian startup offering integration and depoloyment for web applications, whom inventures.eu has been checking in with quite regularly (read our reports here and here). The duo is still in Boston, finishing up the TechStars programme and currently fundraising. They plan on building a new team back in Vienna, and if all goes according to plan, Codeship will set up an office in Vienna’s 2nd district in August.

Now that they have had some time to reflect on the TechStars programme, Moritz and Manuel can share some insights of their presentation on the demo day. “We knew we had a super technical product, and some in the audience might not understand what the benefits of our service are,” Moritz recalls. “Some people advised us to pull Austrian jokes – we didn’t do that. At the end of the day, you have to make your own decisions.”

To make their product more accessible to the audience, they compared themselves to well-known startups such as Heroku and New Relic. “Everyone got it,” said Moritz, “and we got really valuable feedback.”

Contrary to a mentor’s belief that content marketing doesn’t work, Codeship found out that this is not the case for them. They did take TechStars mentor Bob Mason‘s advice to ride the continuous deployment train to better sell their product to enterprise customers.

Currently, the Codeship team is working on “small incremental changes”, with a more sophisticated road map and a better line-out of what and when to build. They are looking for developers in Vienna and are working to support other hosting providers such as EngineYard and Heroku. The team is also building systems for cloud computing service RackSpace, Amazon and private servers, with easier setups, and optimising their user interfaces. Updates on this will follow soon enough, as we were told. 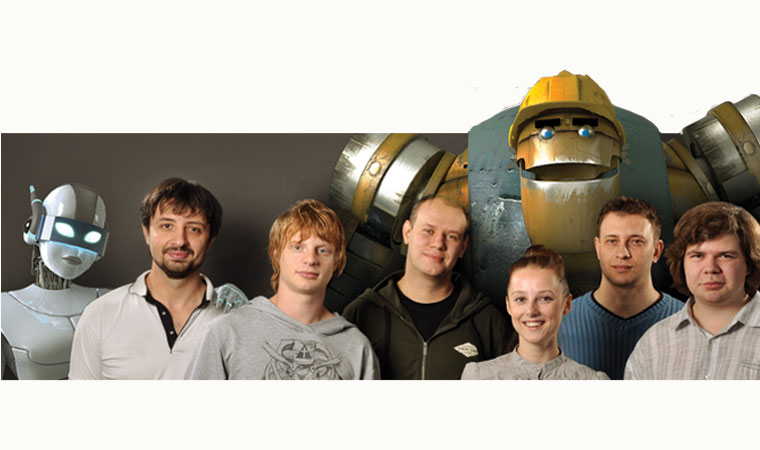 The online education space seems to be bustling with startups teaching you to programme, given the likes of Codecademy, LearnStreet and Code School. And then there’s CheckiO – an online game world, in which you code in Python to get to the next level. It launched “as it is” in November 2012, and tends to complement rather than compete with the above-mentioned three.

Like Austrian Codeship, CheckiO – with their core team from Ukraine – participated in the TechStars Boston programme. May 23 was Demo Day, so inventures.eu caught up with CEO and co-founder Liza Avramenko on Skype (as she’s still in Boston and it looks like she’s there to stay!) to see how the 3+ months in the US have threaded them. Avramenko may be in charge of CheckiO, but funnily enough, she nevermanaged to learn a programming language: “Every day I put a sticker on my laptop that says ‘learn how to code’ and my co-workers would say ‘hell no, we need you right where you are’!”

Avramenko joined the team when Alex Lyabah (Sasha) saw his pet project getting out of hand, with players tuning in all over the world. “Sasha is an extremely talented developer and he was bored and lonely at the bank he worked at,” Avramenko said. “He decided to come up with a little game to challenge himself and his friends to write the most elegant code.” Challenges are still at the core of CheckiO, as is writing elegant code.

Currently, they are a team of nine. “The bigger part of the team will be stationed in Ukraine,” said Avramenko. “I’m staying in Boston, together with our community manager and business development. We also have a content creator who is based in Russia.” To her, it’s self-evident how they will manage the communication flow in such a spread-out team: “When Paul English, the CEO of KAYAK asked who of the attendees have Skype start automatically when they start their laptops, all European teams raised their hands. I think that as long as everyone has their own specific responsibilities, remote teams can do with video calls.”

But it seems like CheckiO wouldn’t have made the progress they have made without the help and support from TechStars. “The programme and the mentors really helped CheckiO ‘shape things up’,” said Avramenko. “We’re figuring out a business model, that doesn’t scare away our community. The platform could be used for training, crowdsourcing and/or recruitment.” It will also be adding more programming languages, like Java and JavaScript, and maybe Ruby, to the mix. “A new feature we are working on is a tool that will allow you as user of any experience level to create a challenge for the rest of the world. Then there will be player-versus-player challenges, and team-versus-team challenges. MIT in Boston has a coding battle course. We’re thinking about a battle between MIT and Harvard.” Looks like CheckiO aims to be the Olympics of the IT!