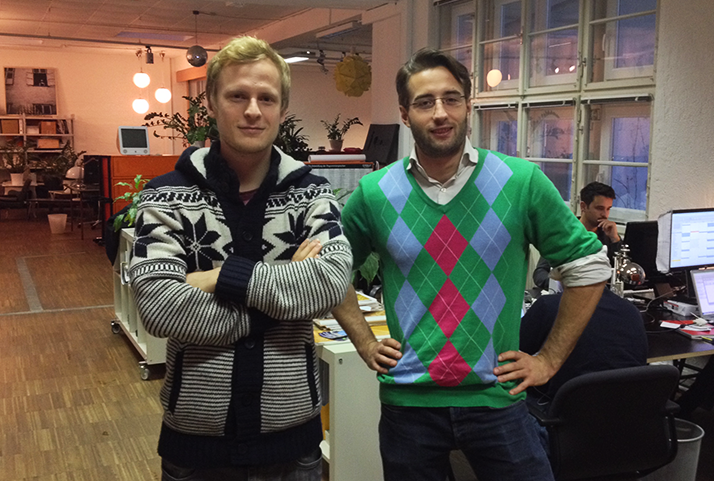 Austrian startup UberGrape GmbH has announced securing a “mid-six-digit” research grant from the Austrian Research Promotion Agency (FFG). The money – about 30% of which the startup will have to bring in itself – will go into the development of their community software. inventures.eu caught up with CEO Felix Häusler and COO Leo Fasbender, who said that the grant will support the team for a year, with the possibility for them to later apply for additional funding.

“[To apply you should ask yourself] what are you going to build that doesn’t exist yet?” Häusler told inventures.eu. For him and the team of six, the aim of UberGrape is to find out how online user groups could be linked to data. Thus, one of the research areas will involve creating a function that would recognise the content of a post in real time and would suggest actions based on the context. Or in the words of Häusler, while “Facebook is focused on people, we’re focused on ideas.”

Developing a concept in Austria

In order to qualify for the grant, the startup had to first convince a jury that their project will be able to make money in the future, and that they have a strong interest in developing it specifically in Austria. “There are quite a few reasons a company might find Austria interesting,” said Häusler. For him, the combination of “a strong research tradition” and “the availability of qualified software developers” seems to be a winning one.

The UberGrape project evolved from a customised community system that could be deployed on clients’ pages – the team have piloted their current version with tgfred.com. The FFG funding will now go into the research of how to further develop the community system based on semantics. For example, in order to improve the quality of their communities, the team are looking to create a comment tagging tool that would recognise the meaning and content of posts, and would link it to other relevant posts and data points. “There is a lot of knowledge in forums and on social networks,” said Häusler, “but those are sometimes hard to make sense of.”

The team said they are already partnering with SAT, one of the studios of Research Studios Austria, and on their list of previous financing is a successful Kickstarter campaign.

A word (or two) of advice

For startups looking to apply for an FFG grant, the advice that Häusler gives sounds something like: You’re either in it or you’re not. It took him and his team about nine months to prepare their application, which ended up in over 100 pages, but at the end of the day, “you should be able to write 80+ pages on something you deeply care about.”

So in other words, make sure you’re ready to go all the way. Also, apply if you plan to stay in Austria, and make sure you have a team full scientists – it’s a research grant, after all.

From this point on, UberGrape is on for months of research, while looking to obtain customers among publishers and brand communities.