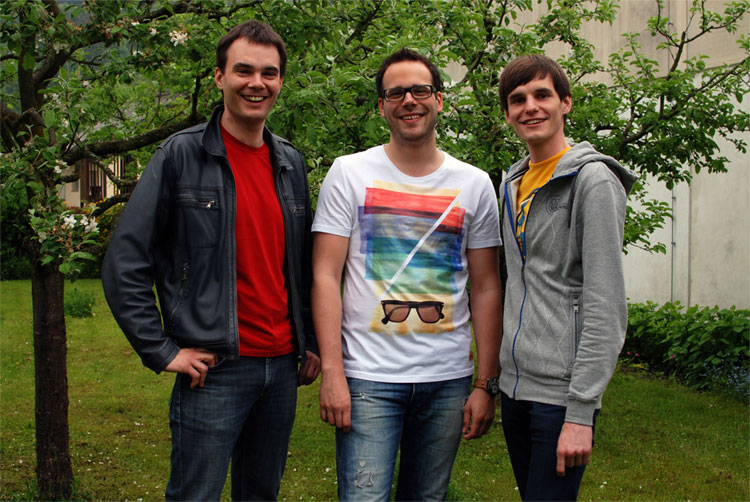 Usersnap wants to make bug-fixing fun again and does so by adding valuable meta information to user feedback. With the service, users  – both in your team as well as customers –  can leave feedback directly on the page using sticky notes and highlighting, without installing a plug-in. The service uses existing solutions like email or Basecamp, Evernote, JIRA and Zendesk, depending on a company’s preference, instead of adding yet another communication layer. What’s more, Usersnap works in all browsers.

Usersnap is Florian Dorfbauer, Gregor Dorfbauer and Josef Trauner.  Our reporter Floor Drees talked to Florian about working with family members and starting a company in Austria. 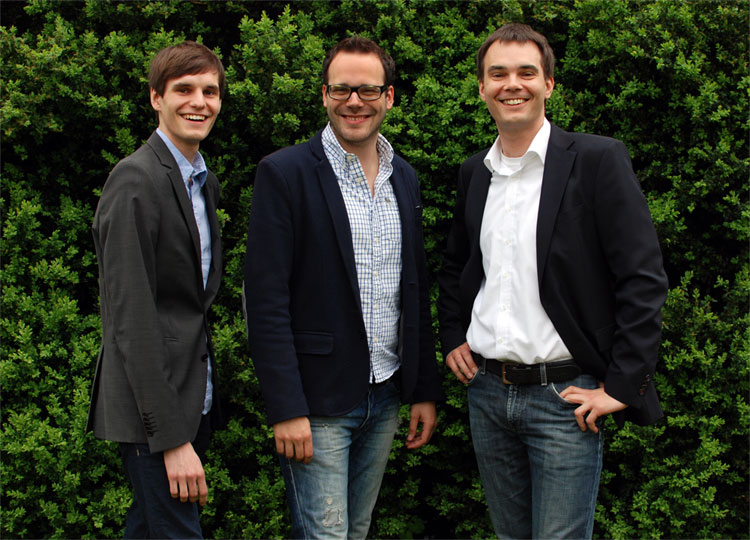 Usersnap in business mode. Photo credit: UsersnapGetting started
“Starting a company together with your brother actually has a lot of benefits. We have been working together professionally for six years and we have strict guidelines on what we talk about. We leave work behind when we go to a family thing. But it’s very nice to have someone you trust that much working with you. Josef is also a close friend and on a professional level, we have great chemistry.

We came up with the first idea for Usersnap in September 2011, and in three weeks, we created the first prototype, which resonated well with the people we showed it to. I’d say that the company is one year old now, but we only officially launched in March 2013. We opted for our grey-ish style because Usersnap should be usable on every site. Our design shouldn’t interfere with the rest ofthe world.

Through collaborating with business intelligence platforms for years, we realised that collecting feedback from users and reliable bug reports is a real pain point. Bugs are often browser specific, but a user is usually not aware of that. We wanted to enable people to leave their feedback on a screenshot that grabs the browser and operation system information to see where the button ‘doesn’t work’.”

Customer support
“When Google+ introduced their visual feedback service, we thought there would be a lot of competitors in that area. We were wrong. There are actually very few companies who try and do the same thing, because capturing screenshots with browser and operating system specifics makes it hard. It’s no rocket science – it’s the logical thing to do, but the implementation is not that easy.

What the user sees, after adding sticky notes to the screenshot, is what they get – including information on what browser and operating system were used. There’s huge rendering behind all that.

We want every website to use a Usersnap button instead of a contact form. Nowadays, customers expect to be able to give feedback and at least get a ‘thank you’ in return. Customer support is your best marketing strategy and small companies realise how important that is. But when you ask me what I think of my telecom provider and I need to answer promptly, I would probably tell you how bad their service is. We strongly believe that this will change. More likely sooner than later.

Companies also use our service internally, saving a lot of meeting time. We’ve seen examples of product managers reporting something small like a typo on the screen!”

Next steps
“We help people communicate their pains visually, right? So if you can take a photo, why not a whole sequence of the interaction? It would be just like sitting next to the person, looking over their shoulder as they use your website. And we want to integrate GitHub issues to the services we send the screenshots to. But first and foremost, Usersnap needs a steady amount of love. We are happy to deal with problems with our own service, it means eating your own dog food. We won’t add a new feature unless we are all convinced it’s a great idea. We listen carefully to the wishes of our customers, but we integrate even more carefully.”

Staying in Austria
“Most of our customers are located in the US, and our business developer is based in Silicon Valley, however, we don’t see the real benefit in all of us moving there at the moment. We’d like to keep the core team in Austria. It’s complicated enough to start a business in Austria, moving to the UK or US at this stage doesn’t make things easier. Besides, we know the ways of the Austrian system now, that’s a benefit.”