Style Jukebox secures up to €200K 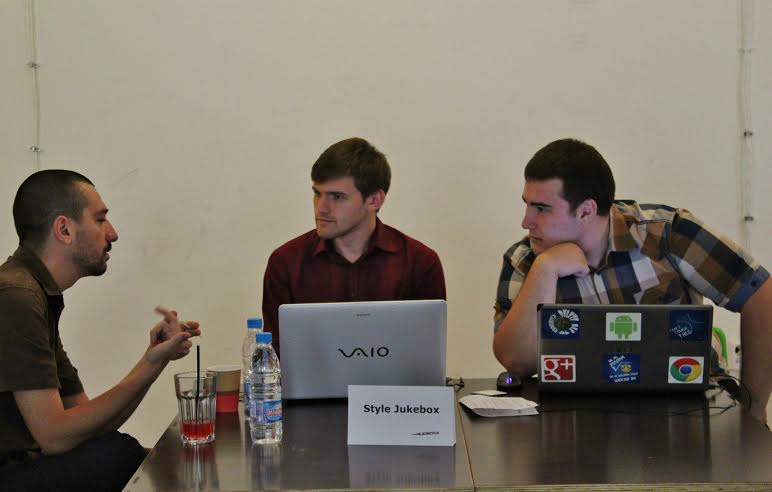 Romanian startup Style Jukebox – also an inventures’ Romanian Week participant – has secured up to 200.000 euros from Sofia-based seed fund LAUNCHub. CEO and co-founder Ionut Antiu was there to confirm and talk more about the details.

Launched in 2012, Style Jukebox provides a platform for saving music, which enables the users to access their favourite songs from different devices. With an amount of 25.000 euros, they were first supported by a Romanian angel investor in 2012 and as of today, they have LAUNCHub as their second financial backer. Style Jukebox has been in contact with the fund since last June and when LAUNCHub went into a new round of investments in February, Antiu did not hesitate to apply. The funding of up to 200.000 euros will come in two blocks, one of which Antiu and his team will receive now and the other one is expected toward the end of the year, given that the team fulfil certain milestones.

At the moment, Style Jukebox claims nearly 100.000 users mainly from North America and Western Europe. The team expects to exceed that number this month, and the investment should help them reach even more people, alongside realising other future objectives.

First, money should be put in the app itself in order to improve and extend the platform for new users. Secondly, new partnerships should be established. “We saw that there is a big opportunity on the high fidelity market, especially with audio manufacturers,” Antiu told inventures.eu. Ideally, Style Jukebox should be integrated with other devices for audio files. Also, new telecom partnerships are in discussion. A third major objective is to grow the team, which currently consists of five members. “We will invest the money in development and opportunities for partnerships and see how fast we can scale with the rest of the money,” the co-founder and CEO explained.

The cloud player offers a freemium model and makes money mainly from subscriptions, while the basic features are free of charge. Although Antiu did not disclose the actual amount of their revenues, he estimated the number at “a few thousand euros per month”.

In December 2013, Style Jukebox partnered up with one of the major mobile internet providers of Bulgaria, VIVACOM. They are supporting the startup with marketing campaigns and have helped significantly increase their userbase – overall, Antiu plans to have around 20.000 VIVACOM users. With LAUNCHub’s financial help, Style Jukebox now aims to further accelerate their growth.