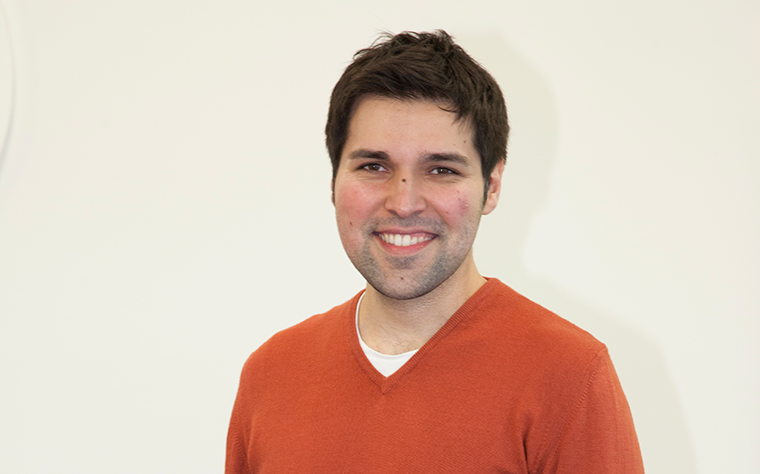 Vladimir Nikolic is a man who dislikes clutter. “When I was younger,” he remembers, “I liked to read and had all these unread books on the shelf. It was weighing me down because it reminded me of all the stuff I had yet to do.” As a grown-up, he now tries to eliminate clutter from all facets of his life – physical, emotional, and digital.

Fast-forward to a few years ago when he started ‘City Hopping’ in Belgrade with his girlfriend. He was trying to live in different parts of the city for short amounts of time, to challenge himself to keep his life portable and with minimal possessions. “We [would] move into flats with furniture, and just move all our stuff in two or three car trips. We [would] stay a couple of years and move to a new part of the city.” Like its founder, the e-commerce site Limundo is also clutter-free and efficient. When his site was launched, people were just starting to use e-commerce in Serbia, so it had to be simple.

Vladimir (32) and his brother Nenad spent nearly 20 years growing up in Germany, after his father was relocated there for work. When wars in the former Yugoslavia shut the employer down, his father started his own company and an entrepreneurial spirit was born. “My brother and I went to our father’s office after school each day,” Vladimir remembers. “It was just a way of life.” Later, his mother started her own small agricultural business on land in the family village in Serbia. She travelled back and forth to Germany at the time and she continues to work that business today. It was noticing her sons’ buying and selling on eBay in Germany in 2002, that she suggested they start a Serbian version. Eventually in 2005, Vladimir and Nenad decided to build their own version just for Serbia. 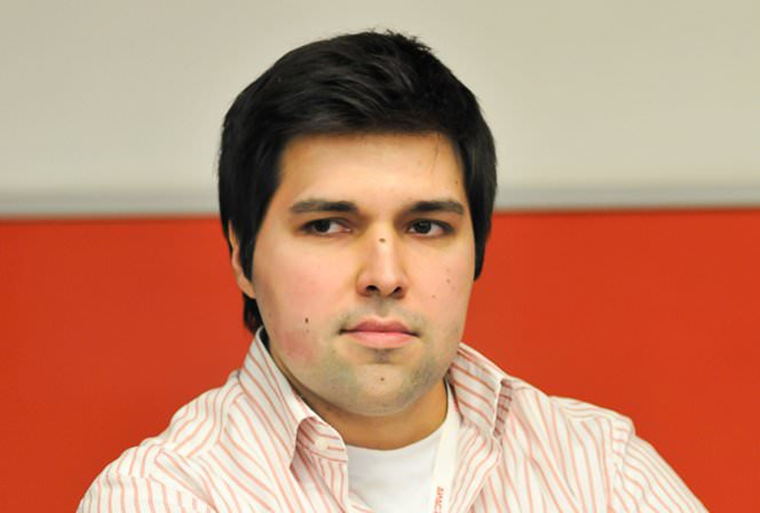 Vladimir: “If you are good enough in what you do, you can beat the juggernaut” Photo credit: LimundoThe two brothers were starting from scratch. They weren’t even developers, so they took an HTML/PHP course and armed themselves with a ready-made, auction-platform, software solution. They soon discovered the ‘easy to install’ solution wasn’t so easy and they needed experienced developers. Once they found a software company that could do the development, the two grew their user base. Their approach to getting users was based on one guiding principle – trust. Fast, transparent communication was key to building trust in their developing community. “We are in contact with members as much as possible and responding to their needs. One member once wrote to me at 2a.m. and I answered at 3a.m.” Vladimir recalls.

After nearly two years of operation Limundo wasn’t making any money, so everyone pitched in. Vladimir’s sacrifice was having to sell his own DJ equipment on their newly created site. That cash funded a car, from which his brother would sell the flowers from their mother’s agriculture business. She then used the money to help keep the business running.

Creating Limundo together was a natural consequence of their parents’ entrepreneurial ambitions rubbing off on Vladimir and Nenad. At first this relationship worked because the opposing sides of their personalities acted as a check and a balance on each other as the business made headway. “At an investor pitch in 2007, I got cold feet and didn’t want to do it, but luckily Nenad pushed me because an early investor took an interest in us.”

By his own admission, Vladimir is less emotional than his brother, and reckons he is better at getting things done. Being the older of the two, Vladimir felt like he always had to push the business and his brother in one way or another. “I can totally focus on one thing, and not think about anything else – this can be a gift and a curse. At one point I wasn’t seeing a lot of the things going on around me”. It was this behaviour that began to frustrate the relationship. Friction began to permeate the business, with neither founder able to appreciate the other’s point of view.

The yin yang became too strong, resulting in a negative influence. “It was also very difficult for the staff to focus on their work, as they had to juggle the relationship, too.” After several issues, the brothers knew something needed to change. An ultimatum was delivered about the firing of an employee, and after a litany of disagreements this was to be the last. “It came down to this – we decided if I was right about it, he would go, and if he was right, I would go.” At the end, Vladimir was the one to stay. Nenad is still a shareholder of the business and a year after the founders pivoted the management, he is very happy with how the company is working out, Vladimir says. 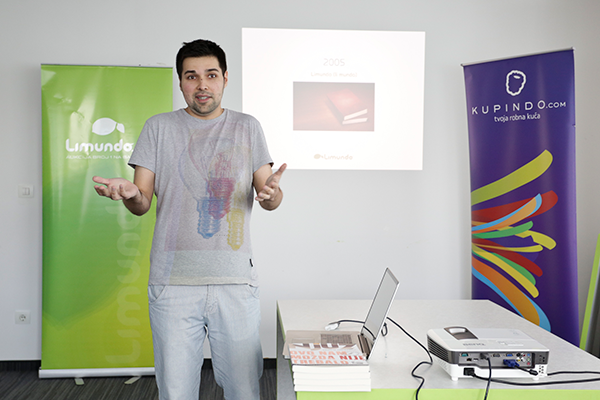 Vladimir in presentation mode Photo credit: LimundoVladimir admits he copied the idea of eBay and he’s not bothered by it. “We’re not like Rocket Internet, which is a copy/paste solution. We liked eBay but we thought we could make our own, just like building different cars.” Inspired by allegro.pl continuing to dominate the Polish market long after eBay came to town, Vladimir isn’t worried about Limundo. “If you are good enough in what you do, you can beat the juggernaut.”

Allegro tried to start in Serbia a few years after Limundo launched, even offering to buy them out at one point. But they refused. A local media company also offered eight million euros for the business but Vladimir wasn’t tempted. His goal then, and now, is just to make it better. Limundo is designed to do one thing and do it well – auctions. No buy it now, make me an offer, swap a goat options like eBay. In 2010, however, they decided to do another thing well, fixed price sales, calling the sister project Kupindo. That site now hosts fast-growing B2C and C2C traffic doing that one thing. Both sites boast 460.000 users together. Currently the businesses have over 1,1 million items for sale (110.000 on Limundo, and one million on Kupindo) with 8.000 transactions a day in total.

One strategy to make Limundo better is to play by the rules and always treat their employees well. This Vladimir learnt from watching his parents. “My father always looked at employees first, then the owner second.” All employees are paid legally, and receive all their entitlements as required by law, in Serbia that can be rare. Vladimir has 40 employees; he incorporates work from home options for them, more training, and more relaxation time. He takes time to develop a relationship with them and surrounds himself with people that share the passion he has.

“One summer we had cash flow problems, so the first thing we did was cut the salaries paid to Nenad and I, and then the team leaders,” Vladimir remembers. “Finally, we asked the staff to do the same to make it through – they believed in us and they agreed.” Vladimir is proud that Limundo has even received a national award as one of the best companies to work for, and this demonstrates that the company has developed a real sense of co-operation. Doing the right thing comes naturally to him, and the small steps that he makes don’t seem to go un-noticed.

Big Brother (in a good way) 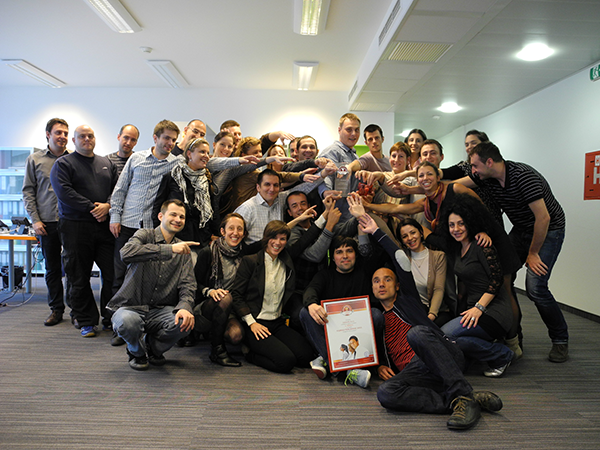 Team Limundo Photo credit: LimundoE-commerce is new in Serbia and so interested parties like traditional retailers, postage services, and small businesses, are all keen to see just how this phenomenon affects the wider community. Currently Limundo (and Kupindo) are implementing an escrow system, which they wrote about on their blog – a platform developed to address the experiences and concerns of new users. When the team sought the approval of the Minister of Finance, they discovered their blog was widely read amongst public servants. In fact the Serbian government appreciated Limundo’s transparent strategy as a business and their open communication style. When new laws to regulate e-money were being introduced, they even sought Limundo’s counsel on the issue.

Vladimir manifests enviable values as an entrepreneur. He is open and honest, and his business transparent (Vladimir’s mobile number was even for a long time on the website). In Limundo he found something he liked and he kept doing it. His drive doesn’t come from wanting anything more for himself, but from wanting to improve his business for the betterment of a wider community. Simple.