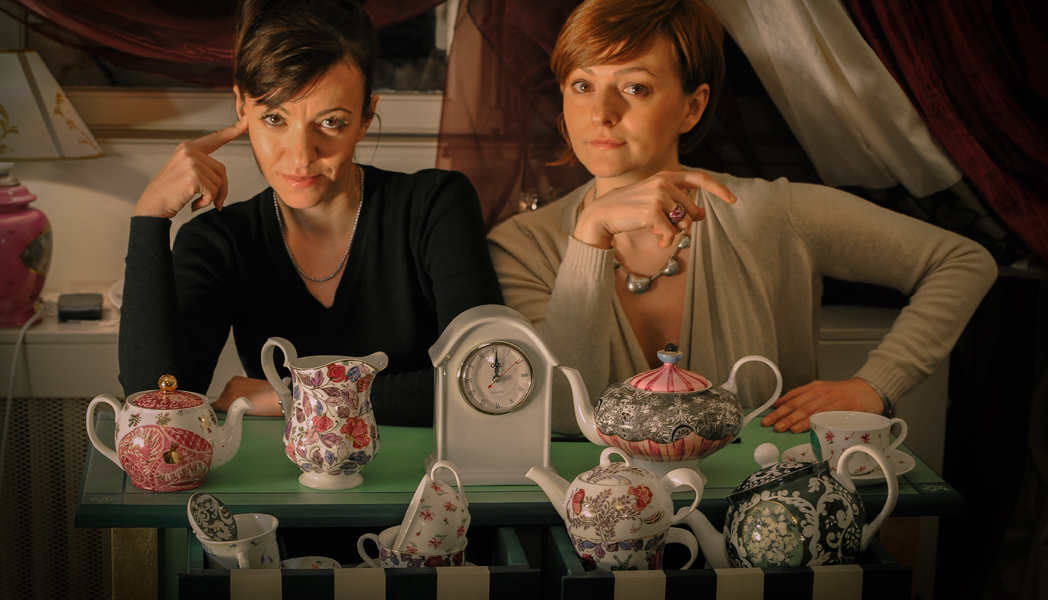 “Wagner Arte Frumoase & Povesti” (Wagner Fine Arts & Stories) started out as Ana Wagner’s dream, but it wasn’t until she joined forces with her sister, Irina Wagner, that it became an art store that gradually grew its own niche while paying tribute to the family business model. Less than a decade later, the two sisters feel ready to expand beyond home and find a spot for their art on the international scene. inventures.eu recently sat down with them to talk about what makes a family business thrive and how art can become a profitable endeavour

Walking into “Wagner Arte Frumoase & Povesti” (Wagner Fine Arts & Stories) in Bucharest feels a bit like walking into someone’s home. There is an air of lived-in, classy furnishings, exquisite pieces of jewelry, tea and books and paintings and just about anything you’d expect to find in a tranquil abode. But by no means is the warm atmosphere any accident; as it turns out, it is pivotal to the Wagner sisters’ overall business concept.

Ana Wagner, co-founder and the creative soul of the business, has always made art, in one way or another, while her sister Irina “almost involuntarily” played the part of the PR agent, introducing her to key people and helping her get noticed on the local scene. As a well-functioning duo, starting a business together seemed like a natural progression. So, seven years ago they decided to have a better thought-out approach and launch their very own art store.

Ana is the first one to admit that in the beginning it was more about vision than about a clear-cut business strategy. The then 29-year-old needed a creative outlet for her art, which at the time came in the form of an art-centred shop: “We started out as this sort of concept store, bringing in various pieces of art that we felt fit in with our idea of what we thought the store should be about. In time, it eventually grew to become exclusively about our own brand.” Their staple is the fragile art of porcelain painting, which the two sisters have carefully and gradually built an entire world around. Now, seven years into the business, they aim to offer exquisite art on various types of support: paper, canvas, wood and, naturally, porcelain.

Following the rules of business with art 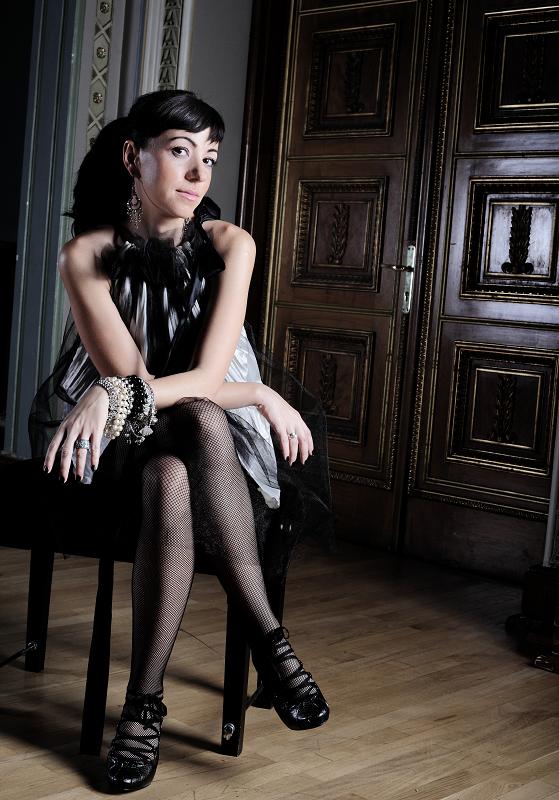 Irina Wagner uses her PR & Marketing background to manage and promote the business. Photo credit: Wagner Arte Frumoase & PovestiAlbeit still a business, “dealing in art” seems to follow the inner workings of an altogether different scheme. With Ana’s creative ideas brought to life, Irina Wagner took on the role of managing the business, closely focusing on the operational and marketing aspects, which both sisters agree are crucial to making things work. “I’m happy we have found this niche,” Ana tells me of their luxury/up-market positioning. “We constantly invest in quality, our products are carefully crafted and, so far, we’ve managed to successfullywaive off the idea of mass production, even though we’re happy to offer our products in small serial batches, should a customer commission us to.”

Although deeply immersed in the creative process, Ana seems to be well aware of how marketing can make or break a business: “We’re not living in ancient times when an artist could just be discovered in a remote corner of the world and achieve success overnight. We must follow different rules today. The truth is that the artist is nobody without a gallerist. And in my case, my sister is my gallerist.”

The business strategy has been built upon and refined year by year, taking into account the learnings of the past as well as research and market insights. But, as Ana sees things, the fact that it’s a family business is a crucial part of their evolution.”It would undoubtedly not be the same if it hadn’t been the way it is now. The reason it thrives is that my partner is my sister. It’s what makes us strong and what makes the business grow.” The tasks are carefully divided among them: Irina uses her PR & Marketing background to manage and promote the business, while Ana runs the team of artists, most of which have been with them for more than five years, stressing that they now all feel like family. “Also” she says “it’s important for artists to be managed by other artists”.

“Focus on what you do and do it perfectly”

As part of their business ethos, Ana feels the need to draw attention to the importance of doing everything impeccably. In her craft, the quality of the object is fundamental and it’s one place where she says she would never compromise. “I don’t have any fast rules for overnight success but I would advise anyone to completely focus on doing whatever they do as perfectly as they can. For us it’s crucial. When I sit at my desk to work, I’m totally committed to doing the best work I possibly can. The product needs to be impeccable.” 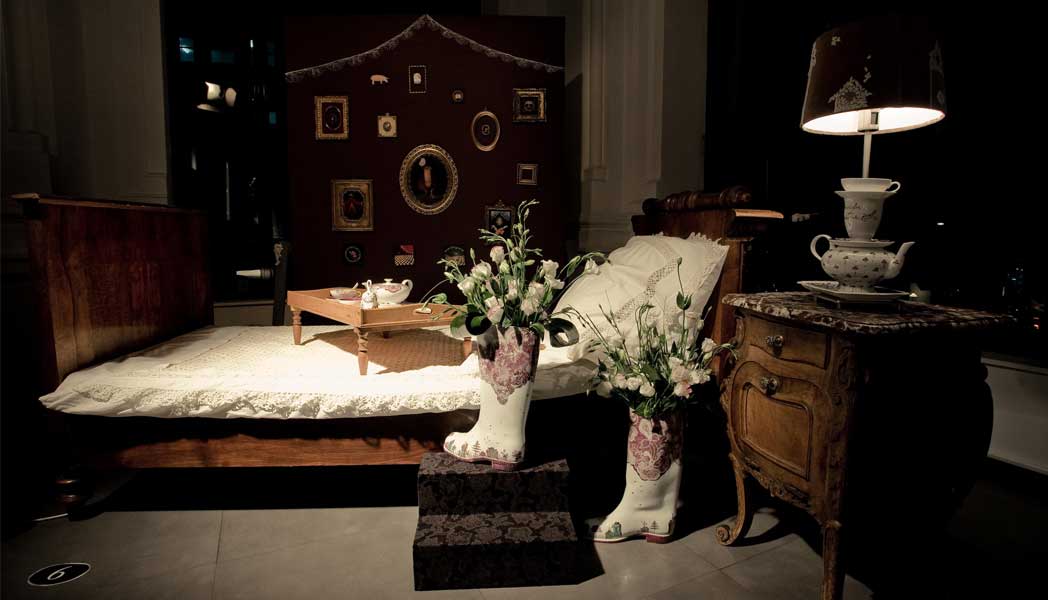 Walking into the Wagner sisters’ shop in Bucharest feels a bit like walking into someone’s home. Photo credit: Wagner Arte Frumoase & PovestiNot only does she not believe in overnight success, she strongly feels it’s the bane of our modern society: “We see so many people getting rich fast without any real work that it’s almost scary. We shouldn’t forget that a good work ethic is absolutely essential not just for our benefit or profit, but for the future generations too. We need to be aware of the kind of legacy we’re leaving behind.”

The right time to expand

There were several crucial moments for the business throughout the years, and the idea for expansion has surely been one of them. The formula by which the business currently runs seems to have followed a natural progression, the store offering today a wider range of products (jewelry, paintings, home décor) and even services (painting classes). When I ask Ana about how the expansion came about, she simply says, “It just was the right time”.

Their core clients, a large part of which come from the corporate world, seem to have helped, at least in part, hone in on their new business strategy. “We’ve seen an increase in the number of our corporate clients,” says Irina, “almost doubling in the past year. They chooseour products because they’re in search of one-of-a-kind corporate gifts; also, they seem to be very appreciative of our painting classes.” But constantly finding and exploiting different target groups is essential because, as Ana notes, “the Romanian middle class is in decline.” 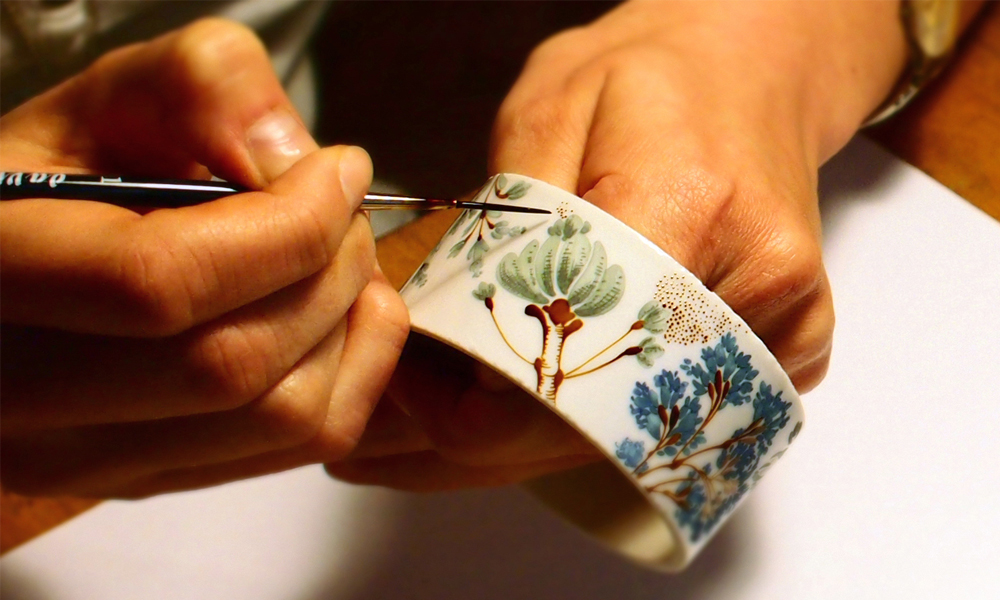 The Wagner sisters’ staple is the fragile art of porcelain painting. Photo credit: Wagner Arte Frumoase & PovestiMore important still is their newfound direction to upscale and start approaching the international scene. Irina seems to be well aware of what it takes to move up: “Romania offers a quite limited market. So, of course, we thought about taking our business internationally. It’s very hard to get through on these markets, but we’re taking it one step at a time. Part of our strategy is going to international fairs and carefully building a solid list of contacts. But it’s very hard to be a newcomer on such a large scene where nobody knows who you are.”

Some of their efforts did pay off, it seems, even if just barely. At the moment, their products are available on the Austrian market, in the Kunstbarkeiten art gallery in Graz, and there are talks to make them available in Germany as well, at an art gallery in Nuremberg. But Irina tells me they’re still testing to find out what the best option is and where the most suitable market may be. “It could be Eastern Europe or the Middle East. We still have to see. Right now there are talks about placing our products on a private luxury channel in Russia. But we still need to pay close attention to what happens every step of the way.”

For a “capsule-like” art business that aims to be an alternative to the standardised, black-and-white, mass market products, constantly finding and sourcing in inspiration is crucial – and especially so, since Ana feels that Romania’s art & craft tradition has been almost entirely washed away by the decades of communism. That’s why she makes it a point to travel abroad several times a year. Her “work holidays”, as she calls them, are meant for her to either observe how porcelain manufacturers operate their age-old craft or simply to look closely around and feed on the beauty she finds in various corners of the world.

When I ask her about her plans for the future, she candidly tells me about her dreams instead: “My biggest dream is to move somewhere close to the sea, maybe near the Mediterranean, and open a small gallery there. Ideally, I’d work in two places – here in Bucharest and somewhere very close to the sea. I would really love that.”