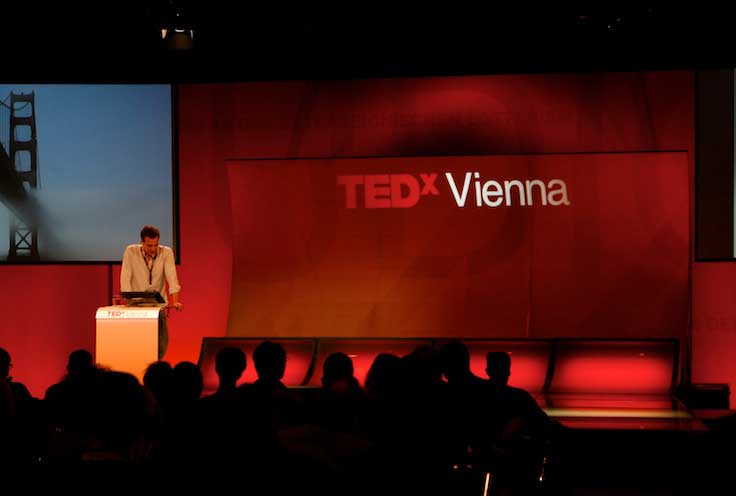 What do an old Estonian myth and modern cities have in common? Well, they’re both the focus of the TEDxVienna City 2.0 event to be hosted at Vienna’s Weltmuseum on 20 September.

You don’t really see the mythical connection, though? According to Estonian folklore, there was a little old man living in the Ülemiste lake, located near Tallinn. Legend has it that the Ülemiste Elder would ask those he encountered if Tallinn was ready yet and if he was told yes, he would flood it. Thus, the correct answer was: “No, there is much more to be done yet.” The moral of the story, and the starting point of the TEDx City 2.0, is that the fact that completion means death to a city. As complex, living organisms, cities are meant to always be under development, to further grow, change and adapt to the times. Next month’s event will try to capture the nature of this movement, to discuss how an accomplished city as Vienna may improve and perhaps even paint a picture of Vienna 2.0.

Josh Grigsby, curator of the event, explained that the idea for City 2.0 came about in 2012, when the concept was awarded the TED Prize. “At TEDxVienna, we are asking the philosophical question of what separates City 2.0 from City 1.0 and how this evolutionary differencecan inspire positive change in every field in the urban realm,“ Grigsby told inventures.eu. “The City 2.0 event explores issues that touch everyone who lives, works, or plays in a city,” he continued. “The usual suspects, as far as relevant fields go, include transportation, housing, energy, technology, architecture, and urban planning, but equally important are education, politics, economics, communication, art… and creativity in all forms.”

A selection of both Austrian and international speakers will address urban-themed topics, starting with smart cities, urban planning, hidden stories of immigration all the way to street art. The line-up includes Ulfert Höhne, physicist, ex-Greenpeace campaigner, co-founder and long term CEO of the Austrian green power utility Ökostrom AG, and Dutch urbanist/journalist/optimist Nathan de Groot, among others. You can find a more complete list here.

“The most important ambition for the TEDxVienna City 2.0 event is to make the discourse on urban change public,” said Grigsby. “By bringing together experts and change agents from a variety of fields, the City 2.0 event provides a platform for inspiration, networking, and cross-pollination. It should also simply be a whole lot of fun.” For this reason, this event goes a bit beyond the usual TED motto by talking about ideas not only worth spreading, but also worth doing – it’s hard to miss the appeal of this message for all buzzing entrepreneurial spirits out there.

So if you’d like be part of the motion that is shaping Vienna or you’re simply curious what the future of the city looks like, get your ticket for TEDxVienna City 2.0 here. A total of 200 tickets are available for the event at the Weltmuseum Vienna for a price of 29 euros per ticket, or 19 euros if you’re a student.