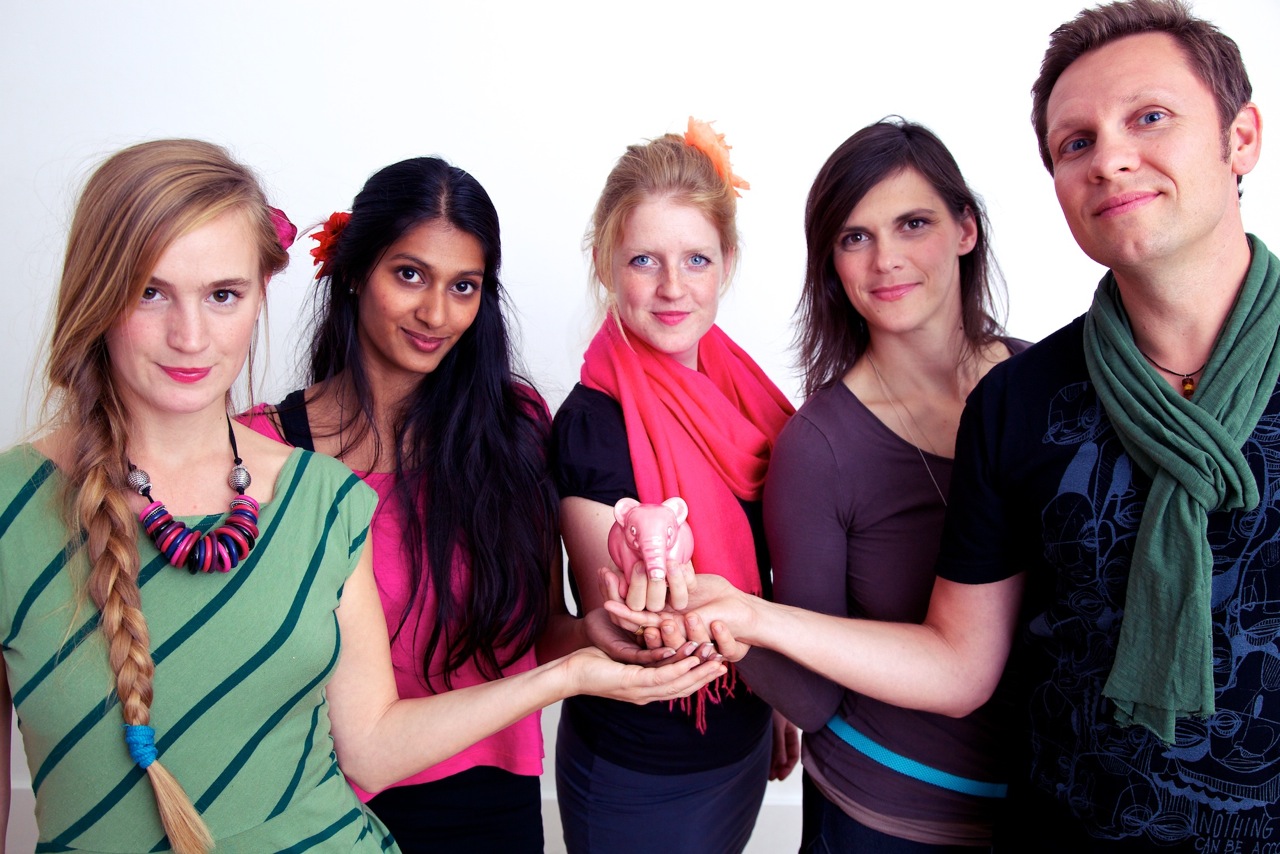 In the hands of the social enterprise operating from Austria and Sweden, jam becomes a weapon against food illiteracy, old clothes are turned into designer pieces and the Zero Waste society appears as a more feasible goal. inventures.eu sat down with two of the five “tribsters,” Evelina Lundqvist and Michael Bauer-Leeb, to learn more about their vision and how they work together transnationally.

Take the symbolic meaning of the mighty elephant and add a touch of pink to it. This makes for a fresh logo with an ambitious core. Gathered around this logo are the five members ofThe Good Tribe, a social venture operating from Austria and Sweden. Evelina Lundqvist (Sweden & Austria), Gayathri Rathinavelu (Sweden), Sandra Kinnaman Nordström (Sweden), Alexandra Poetz (Austria) and Michael Bauer-Leeb (Austria) are a transnational team of social entrepreneurs, who work towards achieving a worldwide Zero Waste society.

In Sweden, The Good Tribe is registered as a limited company and in Austria it operates as a network of self-employed consultants and artists. Whether by producing jam made from donated fruits and berries (Zero Waste Jam), by upcycling old apparel (Zero Waste Apparel), by organising summer events for kids (Creative Zero Waste summer week) or by offering lectures on social entrepreneurship at the Danube University Krems, The Good Tribe aims to show that the reduce-reuse-recycle theory – as idealistic as it may sound – is in fact applicable in any life situation. And about 2,000 followers on their social media channels as well as the 3,000 people they reached through workshops on Zero Waste, sustainable development and social entrepreneurship last year may prove them right. 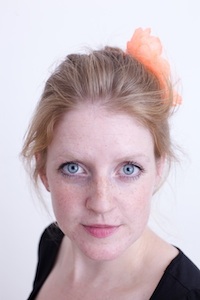 Founder and CEO Evelina Lundqvist is a strategic thinker. Photo: Rupert PesslBut having success with this kind of social venture was not self-evident in 2009, when The Good Tribe was founded by Evelina Lundqvist and Gayathri Rathinavelu after a trip to India changed their outlook on life. “During our time in India we strongly felt that we’re all responsible for taking good care of the planet in order to create prosperity for living as well future generations. In this spirit we decided that we wanted to create a business together, and that our business strategy would be to make solutions and tools to achieve social, environmental, and financial sustainability fun, understandable and accessible.“ 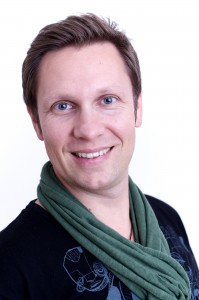 Michael Bauer-Leeb has a mathematical mind. Photo: Rupert PesslFour years on, their business is coming more and more to fruition. “We are glad to see that there is a market willing to buy our products and that the market is currently growing”, says founder and CEO Evelina. As with any business in its startup phase, the tribe members encountered quite a few hiccups along the way. From deeply frustrating to incredibly inspiring, the lessons learned while struggling with social entrepreneurship cover the whole range. “There are evil bastards out there, who want to steal your stuff”, Evelina says, looking painfully annoyed. She talks about their business ideas, which are not easy to protect. “But there are also a lot of people willing to share and help”, adds Michael in a reconciling tone of voice. 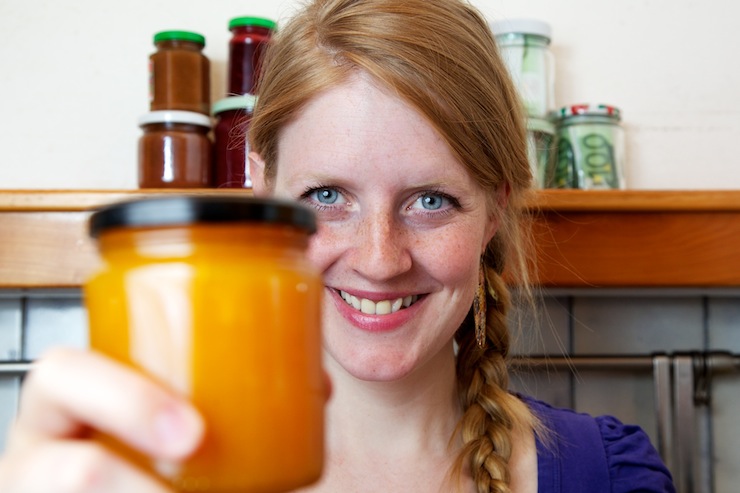 Evelina and a jar of Zero Waste Jam. Photo: Rupert PesslTake it with a spoon of jam

One of their business ideas has attracted particular attention recently: Zero Waste Jam (see this feature from German weekly Die Zeit). If you ever thought jam was just delicious, think again. In the hands of The Good Tribe, it has become a powerful weapon against food illiteracy and a convincing example of how a do-it-yourself approach helps reduce waste and lead a more sustainable life. The idea is simple: approach people in your area and ask for permission to pick the fruit and berries from their gardens, which they don’t intend to use. Cook them into a homemade jam and sell the jam on local markets. The Zero Waste Jam project was started last year in Vienna and is currently enjoying support – financially and network-wise – from the Austrian jam maker Hans Staud, owner of the well-known company Staud’s, who they got in touch with through the Hired by Society fellowship programme. Once it has gained a foothold in Austria, The Good Tribe plans to implement this project in other countries as well as to possibly expand it to other products.

The glue that holds the tribsters together 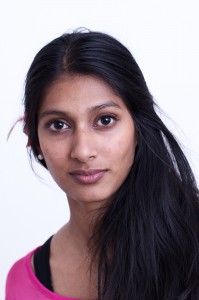 Founder and CEO Gayathri Rathinavelu is a good marketer and networker. Photo: Rupert PesslEvelina and Michael met a few years ago at an MBA programme of the Danube University Krems, collaborated on a common master thesis on pairing business angels with social entrepreneurship and that was the beginning of a beautiful, well, business partnership. “I absolutely adore Evelina for her strategic thinking abilities,” says Michael, while Evelina appreciates Michael’s being good “in everything that has to do with math”. The two tribsters – for this is what they call each other – keep talking about the glue that holds their team together, like Gayathri Rathinavelu’s marketing and networking ability, Sandra Kinnaman Nordström’s project management and sales skills and Graz-based designer Alexandra Poetz being THE creative mind in the business– although their areas of responsibility often overlap. 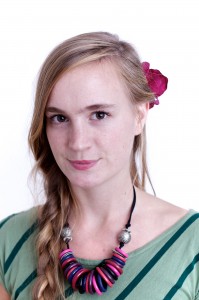 Sandra Kinnaman Nordström excels at project management and sales. Photo: Rupert PesslAnd it takes quite a bit of glue to be able to work together across borders. “We became experts in using online tools like Skype, Dropbox, TitanPad, Google Drive or Doodle – we could hold workshops on this issue,” jokes Michael and, mathematically as he thinks, he is able to disclose information on the amount of time spent by the tribsters on Skype last year: that’s a total of 750 hours of chatting. The Good Tribe reunites about once a year. In the meantime, they just rely on their common understanding of how they want to do business. 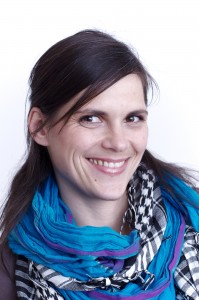 Designer Alexandra Poetz is The Good Tribe’s creative mind. Photo: Rupert PesslIn Sweden, Evelina and Michael agree, “organisations are one step ahead of those in Austria” when it comes to collaborating with social ventures like The Good Tribe. “I just pick up the phone and call everyone per du. There is no hierarchy like in Austria and far less bureaucracy,” says Evelina Lundqvist. That’s why they can already make a living out of selling their services in Sweden, while in Austria they are still struggling. The tribsters are also aware that the private consumers generate only a small amount of trash compared to governments and big businesses, even though the blame is almost always on them. So reaching municipalities and business people through their work is high on the priority list of The Good Tribe. Elephants are known for their endurance and that’s a good thing because it looks like this pink little elephant has a long way to go.