The idea of “Tesla convoy” originated from a recent event in Smiljan near Zadar in Croatia, on the occasion of the birthday of Nikola Tesla. Attendees of this working weekend are all great fans of Nikola Tesla and his legacy. Participants were there exclusively by invitation of the initiator Mr. Dusan Stojanovic, founder of True Global Ventures, Serial Business Angel, Awarded Business Angel of the Year in 2013 by EBAN, and by the way he is a direct relative of Nikola Tesla. The purpose of the event was to discuss and develop a model of global business accelerator which will bear the name of Nikola Tesla. Thus, began the formation of “World Tesla Innovative Network – TIN” which will act as a global accelerator for innovative startup companies in the areas in which Nikola Tesla worked and became the greatest inventor in human history.

The goals are to bring together…
1. A group of Innovators, Entrepreneurs and Investors who have been inspired by Nikola Tesla and can honor his legacy not by just talking about the past, but by helping to develop the future he envisioned such a long time ago;
2. The TESLA Patents that CEO Elon Musk revealed to the Public and companies can use, and bring to the Surface the Talented next Tesla’s Geeks;
3. The Investment Readiness for Electric Vehicles (EV’s), Charging stations/networks and usage of Renewable Energy (Green Energy); 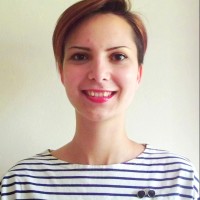