Between all the startups he supports, his own company Neobyte Solutions and the slew of events he is invited to, Adrian Gheara (32) is a very busy man. And, let’s face it, being busy is one of the downsides of achieving a successful exit before you hit the big 30. For Adrian, this happened in 2009, when he sold the security software company Titan Backup to GFI Software for an undisclosed amount. This success came about ten years after he had co-founded Neobyte Solutions, and well over a decade since he made his first money selling software in high school. Talking to him, despite all that he has achieved so far, the words “failures” and “mistakes” come up much more often than success. For Adrian, it is all about learning from the past and he admits, when he first started his own company he made “probably every mistake an entrepreneur can make”. But the lessons were learned and the ultimate goal achieved, so now, he helps other startups avoid some of the pitfalls of entrepreneurship.

I am not a professional investor. You could say that I am a consultant in my own companies.”

“It was just opportunity,” he says about deciding to continue dealing with startups. “I liked the projects and I didn’t have anything else at that specific time so I thought, okay, let’s just help the guys if they need me. I think it was their need of my expertise, combined with my appeal to the project.” The rest of his company – Neobyte Solutions was still functioning as an outsourcing business and he and his associate invested much of what they made from it from the start.

At first, it was just internal projects and ideas, they were investing in their own team of programmers, and their efforts were mainly directed in-house. It was a while ago, he says, “before being an angel investor was a thing. Before it was cool to do that. And of course, many failed”. Some of the projects, however, grew into businesses and even became successful. At some point, Adrian realised he “had this kind of hobby of getting into all kinds of projects and yeah, they required money”. He can’t even guess the number of projects he has bet on over the years.

Later on, after the exit, he decided to put his money to good use: “Some entrepreneurs buy expensive cars but I didn’t really like expensive cars, I like starting new things all the time,” he says. Luckily for a number of Romanian startups, that is when he started looking outside of their own projects and found teams in need of guidance and financial assistance. It all snowballed from there, although he is reluctant to call himself an investor. “I think it just came organically. I didn’t plan to do this, it just happened,” he says. “I met a few guys at a conference and things started to develop in their own way. I did not do that intentionally and I still don’t do that professionally, I am not a professional investor. You could say that I am a consultant in my own companies.”

The money and the smarts 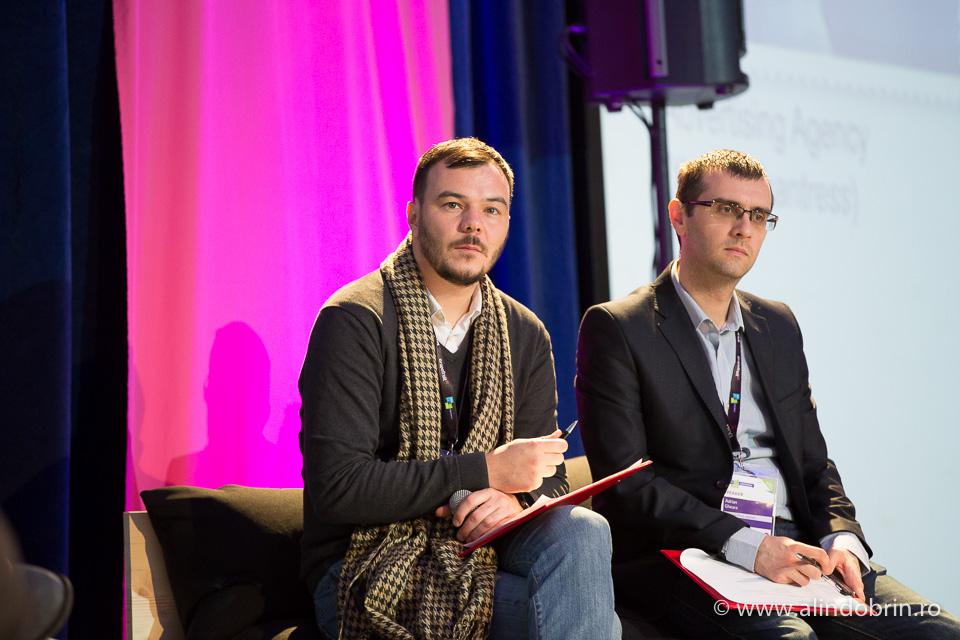 Adrian (right) and Luka Sučić of the hub:raum Krakow during the recent How To Web conference in Bucharest. Photo credit: www.alindobrin.ro

Coming from a region where the first “business angels” are usually the entrepreneur’s parents, Adrian is quick to dispel this myth and explains that for him, being an angel is as much about the lessons than the money.

“I think that the most important thing you need to consider, when you’re looking at an angel investor is his experience,” he says. “I think at that early stage of a company it is important to look not just for money, but also for smart money.”

Adrian also believes in keeping in touch – so far he has invested only in Romanian companies, because he feels physical distance can be a problem, and one-to-one meetings are imperative. Although he finds his involvement is important, he acknowledges that the entrepreneur has to feel in control. “I usually invest a few tens of thousands, usually below 50,000 and for a minority stake, of course. I think it’s important that the entrepreneurs still feel in control of the company, still feel that it is their company and I am helping to build their own companies.”

I realised that there is a big rift between what they teach you in school and what you really need to make an IT business.”

Speaking of smarts, one of the issues that Adrian feels Eastern Europe is facing as a region is the lack of soft skills. “You can find programmers, but probably you won’t be able to find too many good product managers, or marketing specialists and you will be forced to work with contractors from other countries anyway,” he says. He puts it down to education, one area where he, as a computer studies graduate has had his fair share of disappointment. “I realised that there is a big rift between what they teach you in school and what you really need to make an IT business, so I had to teach myself a lot of things that they don’t teach you in college. I was a self-learner,” he says. “In Eastern European countries, we do not have the entrepreneurial education, they do not teach you in school how to be an entrepreneur, they do not teach you anything about finance and economy. They just teach you how to be a good employee, how to find a job and keep a job, that’s it.” And that is where the mistakes come in, he says. Trial and error are crucial to figure out how to navigate stormy business waters.

Can you make books come true?

I would rather fail and fail big than be a mediocre success with a mediocre product.”

Learning from his errors, Adrian has narrowed his scope and looks for a specific type of company: software as a service, productivity tools, and gaming. One area where he currently invests with less of a focus, is hardware startups, but even there, he maintains one very important caveat: “the device needs to be really helpful, extremely helpful and an exciting idea. I think there are many startups that do not address a real problem and I am really looking for startups that are extremely ambitious, extremely hard projects – I would rather fail and fail big than be a mediocre success with a mediocre product.”

So if you are a CEE startup looking to impress Adrian, you’d better be working on something truly life-changing. Either that or play on his soft spot. “I am a fan of science fiction in all forms ,” he admits. “If there is a startup that comes up with an idea from any of my favourite sci-fi books and says they can actually do it, I would probably get involved inthat project.” And speaking of sci-fi, one of the more exciting startups he has invested in, exoskeleton suits maker AxoSuits began with the idea to build Iron Man. “We realised it was just way too far away, the current technology would not allow us to go directly into that, so the idea pivoted into the medtech company because we felt that the medical approach was easier to sell.” 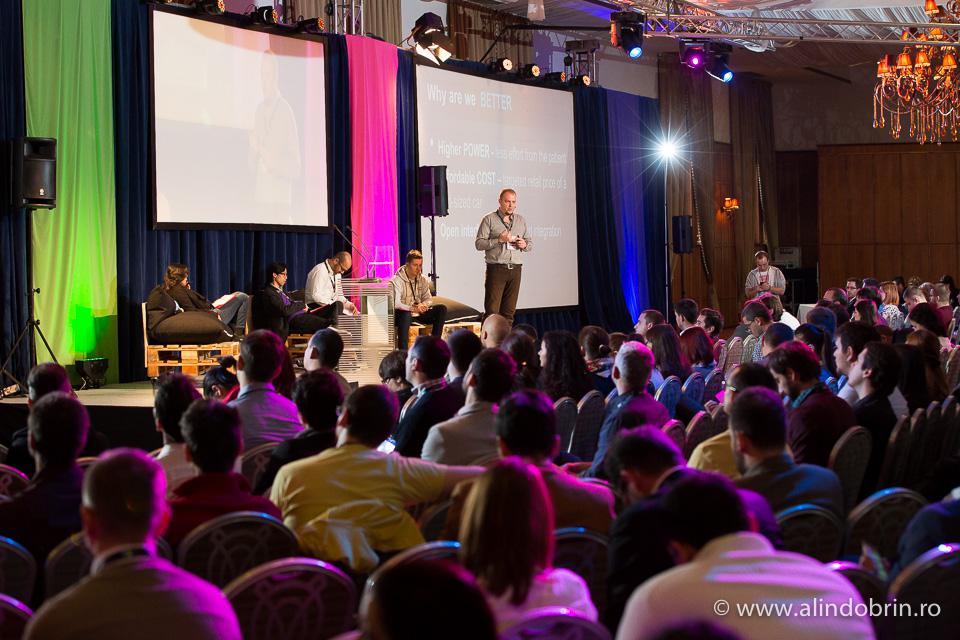 AxoSuits pitching in front of a huge audience during How to Web. Photo credit: www.alindobrin.ro

That particular company is faring quite well and Adrian is proud of it. He invested at the idea stage, but a successful investment round after the first prototype keeps him optimistic. “The guys talked to patients and doctors and they identified real problems and that’s how this project came to life. Of course, in medical there are other bureaucratic restrictions and complications, it’s not an easy business, but I think that if they can succeed, this technology is just the first step in a totally new industry that will start from this platform.” But just closing a round of investment is far from success in his book: “I don’t think that raising money can be labeled a success. Of course the end goal is an exit, but I think you can measure success if the company is growing in revenue, in profits, in the number of people working in the company. In that sense, I think 123Contact Form [another company he invested in] is the biggest success, from two people they are more than 40 now, in just three years.”

The path that AxoSuits followed in creating their final product coincides with what Adrian considers to be the universal big lesson he learned from all the failures through the years. “You always need to come up with a solution to a real problem and that means go out and talk to the customers about the product. We tried many ideas out of just a feeling that this might be it,” he says, stressing the need for feedback. “We didn’t do the necessary steps to really talk to the client and see that they would buy that solution. One thing is just to need it and another one is to buy it.” 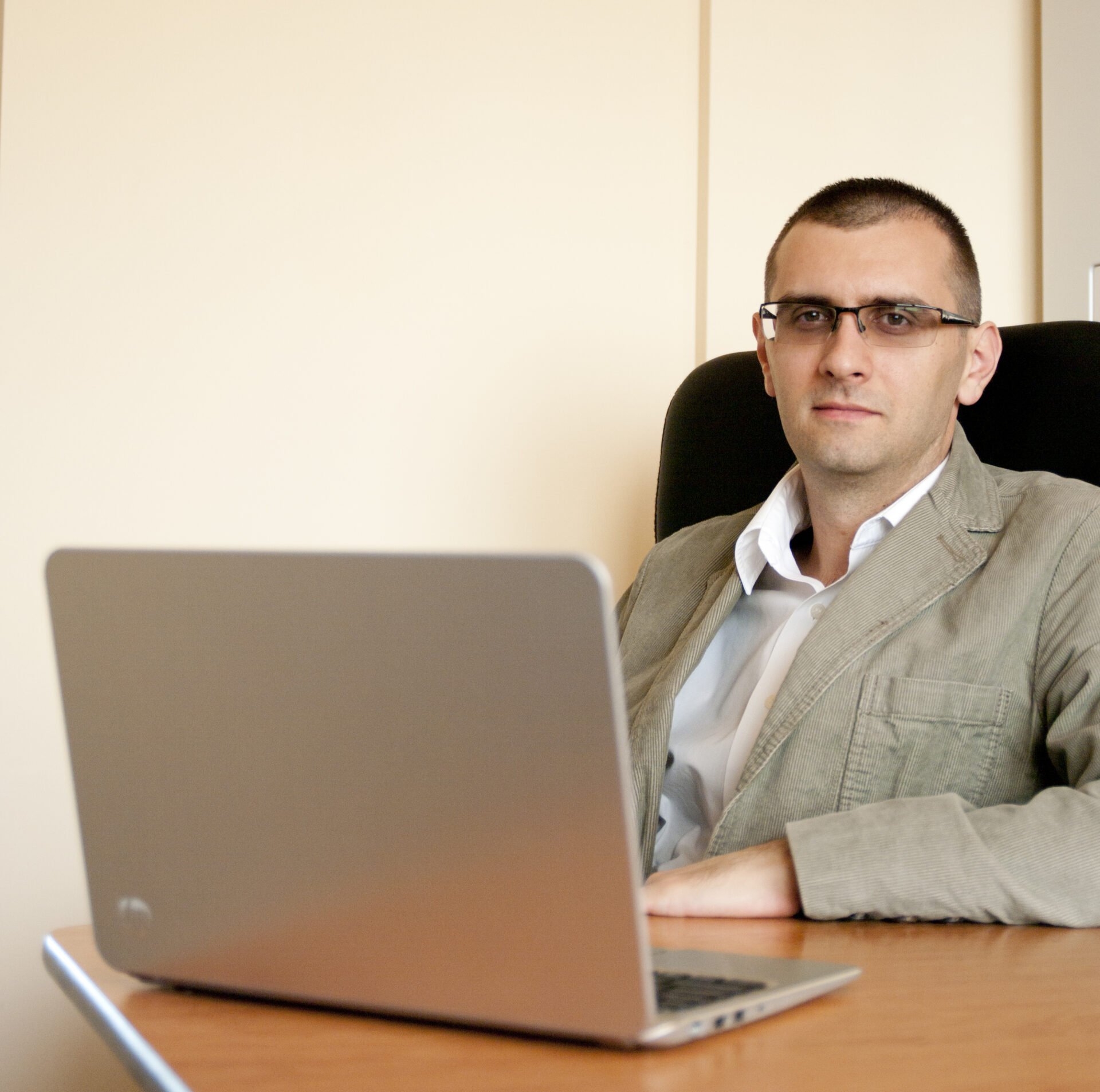