Opening doors as a business idea? Austrian startup Abotic has been doing pretty well in that respect. About a year ago, the mechatronics company founded by Nick Manseder and Albrecht Karlusch in 2008 sealed a licensing contract with the second biggest medical appliances corporation worldwide, Drive Medical. Abotic’s product, an innovative automatic door opener, has entered the international market this year.

A licensing agreement is a rather convenient way of gathering revenue while not having to worry about production and fixed costs – Abotic expect about two million euros in the course of the next two years. “Many people say ‘Oh well, we’ll just do a licensing deal’ but it isn’t actually that easy. It took us 18 months of rather tough negotiations to close ours,” Co-founder and CEO Albrecht Karlusch knows.

Another thing that may appear easy to most of but isn’t to some triggered the idea behind Abotic, which Karlusch is happy to demonstrate. He gets up and into a wheel chair, approaches the door to open it – bit by bit, then with additional effort, closes it again. As he tries to re-enter the room from the other side, it’s almost impossible as the door opens towards his direction. 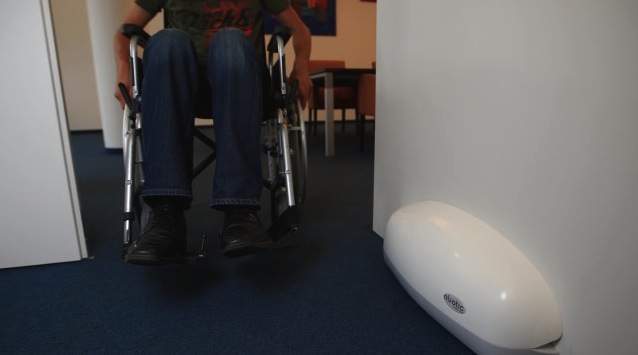 “People in wheel chairs, like [co-founder] Nick Manseder’s mother are confronted with this challenge on a daily basis. Of course, there were automatic door openers before Abotic but these were difficult to install and rather expensive.” Existing solutions with overhead movement sensors require a specialised technician, who has to install wiring, spud the door and take care of maintenance. This is not the case for Abotic’s door automation system. “You just stick the guide rails to the bottom of the door, attach the battery operated device, switch it on and the door opens up.” Moreover, the price of currently 1.500 euros beats the competition by at least a thousand euros. Karlusch expects it to go down to 500 euros once production is in full swing. So, how did Abotic get from an innovative idea to becoming licensors?

1. Do your business plan properly

“Business planning is very important and a business case strongly depends on financial aspects,” Karlusch argues. “In the beginning, it’s all about developing a positive cash flow, so you have to analyse the financial figures. We got into that a lot and, as a result, we were able to make good forecasts. The exact figures and the time plans changed, of course, but the brand we established, the direction we took, that was already there in 2008. It sometimes really surprises me, how accurately we could predict certain developments back then. And even if you’re mistaken, it’s better than leaving things to chance.”

Not only did their strategic approach help find the right direction for Abotic – “Looking at our original financial plan, we found out that we wouldn’t reach our goals if we didn’t focus more on product development, so we did and were able to reduce the components and production costs to a minimum.” – their well executed business plan led the startup straight to their future licensing partner. “We won the German Financial Times’ business plan competition in 2009. It got us 50.000 euros and one year of media coverage and that is how Drive Medical learned about us – we probably wouldn’t have gotten noticed by a major corporation like that otherwise.” For finding investors and partners, as Karlusch highlights, “business plans are very valuable.”

After a couple of months of talks with Drive Medical as a potential licensing partner, the Abotic team had signed a pre-contract, which they were happy with. When Karlusch and Manseder asked for a letter of indemnity from Drive Medical’s German affiliated company, who wanted to use the license, the American proprietors got involved and set up an English version of the contract. This contract, however, was quite different from the one they had agreed on. “While the original one had meant a valuation of about 4 million euros to us, the new one was closer to minus 500.000. There were too many liabilities involved. All in all, there were fifteen articles in the contract that we couldn’t agree with. What followed were numerous phone conferences with the German CEO, who agreed on all of our remarks, but as we got the next version, again fourteen points had not been considered.”

The situation made Abotic’s position as a startup making deals with a multinational corporation very clear. “Retrospectively, we found that they were clearly playing for time. After 16 months of negotiations, we were invited to the Oktoberfest in Munich and after a few beers we were actually told ‘Well, you’re going to have to agree at some point because you’re running out of money’ so they were pretty clear about that. And they were also right,” Karlusch laughs. “We had invested a lot of time and money into the licensing deal at that point and had already stopped negotiations with other potential partners. We could have gone to court referring to the pre-contract but that would’ve been quite a hassle.”

3. Build up time pressure and bluff

So, Karlusch and Manseder decided to turn the tables. “We realised what we had to build up time pressure. We did so by asking for a law firm, which our lawyer could talk to directly – up until then our lawyer had been talking to their lawyers. So they did and we gave them plenty of work to do,” Karlusch says with a smile. “You must know that while we had a lump-sum contract with our lawyer, they had to pay the law firm about 500 euros per hour, that meant they had additional costs of about 10 or 15.000 euros after a month.”

Once they got from fifteen down to three articles they weren’t happy with by November 2011, Abotic gave Drive an ultimatum. “You just have to imagine, the small company issues an ultimatum to the multinational corporation,” Karlusch says with a certain degree of satisfaction. “We wrote to them saying that we would give them until the end of Decemberto clear the remaining three articles and after that time we would pause negotiations and talk to the other interested parties.” That, of course, was a bluff. “We had been talking to other potential partners but had declined their offers. Moreover, we had been building up production with Drive Medical for nine months already, so we really didn’t have much leeway.“

Their strategy seemed to work out. After four days, Abotic got a reply from the German CEO saying that due to lawyer’s fees of about 40.000 euros, they wanted the deal to go through within the next two weeks. Otherwise they would stop negotiations. “I thought ‘OK, now we have a time plan’”, Karlusch says.

4. Get a good lawyer

That still wasn’t the end of the story. “The German law firm suddenly said they’d only agree if our lawyer left the negotiation process. Because ‘he keeps changing the contract’ – well, that’s his job, isn’t it?” Abotic’s lawyer was happy to withdraw from the negotiations, if that helped, but Karlusch begged to differ. “Our lawyer had been on the case since March 2011 and knew all about our business case and the contract, which hasabout 140 pages.”

So, Karlusch brought in a surprise at the next phone conference between Vienna, Munich (where the affiliated company is located), Frankfurt (where the lawfirm was), Washington and New York (where the company proprietors are at). “I broke it to them right at the start that our lawyer couldn’t be left out otherwise we would stop negotiations. That was followed by a moment of silence. They really hadn’t expected that.” Karlusch grins “Obviously, nobody wanted to be the one to end it, so they accepted it.” Interestingly, the proprietor in Washington liked Abotic’s lawyer and decided he would be involved in the contract making while the German law firm had to stick to just giving feedback. “The German lawyer was replaced by an assistant and was never to be seen again. So, we had used up our first lawyer,” Karlusch says with a slightly evil smile. “After three and a half weeks, the final deal was done.”

So that was it? Of course not. “Just before leaving for Munich to sign the contract, I got a call from the Germans saying they wanted to change the contract yet again. I couldn’t reach our lawyer, so I told them ‘OK, then we’re calling it off’, to which they backed up and it was done.”

Karlusch confesses that he has “a certain affinity” for negotiating. “In the end, when everything turned out fine and we got a valuation of about three and a half million euros, I did find it all rather amusing. But it was tough. So, if you’re going to get a licensing agreement, you must know that it will turn out to be a difficult process – in most cases.”

Asked whether it wasn’t an extremely stressful process, the calm and rational CEO replies, “That’s a question of mentality. You have to see it as business, as a game and not as a personal attack when they try to negotiate with you. If you take it personally you won’t be able to react the right way.” Yet, he admits that there was one or the other sleepless night involved. In the end, he finds that the extensive negotiating put them in a stronger position in relation to their licensing partner. “Our role within the corporation has grown in the process and we’re on really good terms with Drive Medical now – also, we’re not resentful.”

With the contract, Abotic are guaranteed 11% of profits from sales and don’t have any fixed costs for production. “Basically, we have nothing to do but wait for rising revenues,” Karlusch says. “This is what some people have called an ‘exit’. However, to us it isn’t. It’s quite the opposite, actually. We want to support our partner, he doesn’t have our know-how, so we want to stay behind the product. Moreover, we’re a team of six people, five of which have been on board since 2008.We have great human resources for future research projects, which is also the reason why we didn’t want to exit last year. We want to build on what we have created.” We will certainly keep an eye on Abotic. 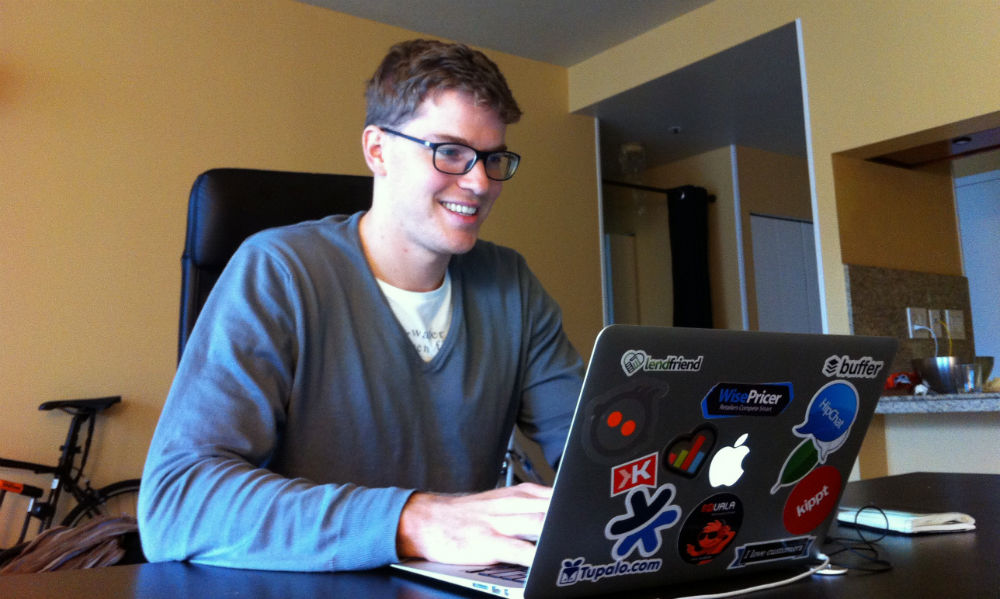 The right cultural fit for the Bay Area 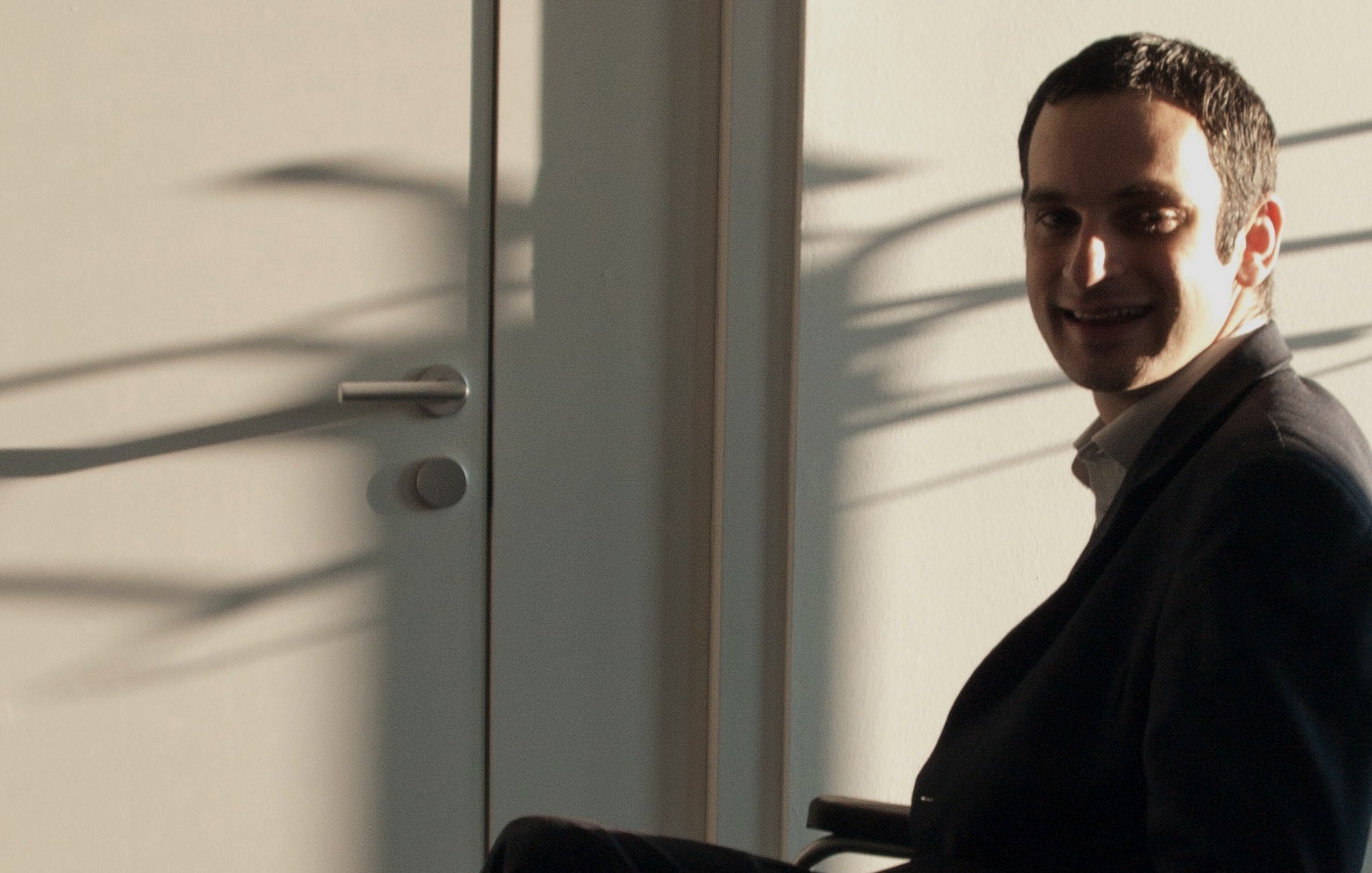