The true thrill of data-crunching

“My big journey started with garlic in Plovdiv,” Murry Ivanhoff (26) recalls. Some fifteen years and several companies later, he has a lot to look back on, as he persists on trekking the startup path that already took him to the US and back twice. He returned to Bulgaria with an arsenal of lessons learned from two Silicon Valley startups, using it in mentoring companies and in his own new endeavour called Metrilo. The startup builds on all he learned about data analytics to show e-commerce platforms where their selling process goes wrong. It offers a solution that gives clients not just access to the data, but relevant, easy to use analysis insights, integrated in a few clicks.

“We didn’t want to make yet another tool,” serial entrepreneur Murry explains, “because even the most sophisticated tool is only as good as the skills you have handling it.” 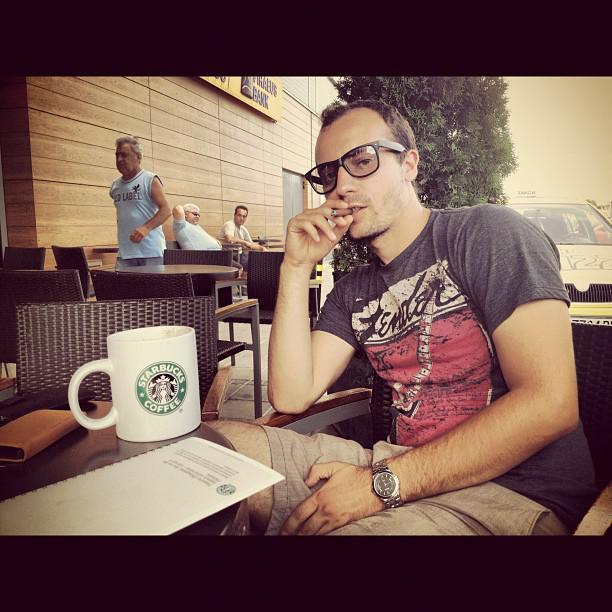 To the Valley and back. Twice.

But back to the garlic. Murry’s first foray into entrepreneurship was driven by a simple dream. He wanted a new bike at a time when economic conditions in Bulgaria were tough after the Communist regime fell. “I tried coming up with a scheme for getting the bike and stealing one obviously was not an option.” So he took the train to the village where his grandparents grew garlic, among other things, collected some of their production and went on to sell at bus stops and marketplaces in his hometown of Plovdiv. “That was also my first clash with bureaucracy – and incomprehensible as getting kicked out of the marketplace for not having a patent and a permit was at the age of twelve. It was nevertheless a valuable lesson.” Although that business didn’t last long, a seed was planted in Murry’s mind as he realised there were always ways to “poke” the status quo if things didn’t go his way.

Computers provided a poking stick of sorts and Murry spent countless hours in Internet cafes, learning web design when he was actually supposed to be studying geodesy at school. Shortly after, Murry was completely sold on the idea of earning a living in his teens designing business cards and other promotional materials out of a garage. “A horrible business which gobbled my savings, but taught me a thing or two about the worth of taking something up when you are already the 20th person in town doing it,” he says. He also had a web design studio, which led to projects in the US where he met Tim Chae, who was then a student in Babson College. “We worked on our ideas for a while, we found some money from bootstrapping and from mutual friends who put in some cash too and things started happening,” he explains.

Long story short, Tim dropped out of college and he and Murry pivoted their Redeemr idea a couple of times, often in the last minute. Their energy-drinks fuelled pivots were successful, as they got accepted to the 500 Startups accelerator and graduated with 650K dollars in investments in a Facebook marketing solution under a new name – PostRocket. The business was going well but they had to close it down a year and a half later, “for reasons that are truly personal.” Murry took a vacation in Bulgaria to rewind and remembered some of the good things about his home country: “Sofia is a great place to relax – there is a certain dynamic here, there are bars, friends, everything is great.” That is when he realised he wanted to do a business out of Sofia, building on his “Valley years” experience.

In search of the thrill

Once you get to the big scale when everything runs and you are at the 21st floor in San Francisco, there is no longer the spirit that was there in the beginning.”

This didn’t happen right away and he returned back to the Valley to join some old friends, in their video advertising company Virool, which Murry describes as “AdWords for YouTube.” Joining as a growth UX he was the seventh employee in the company, and six months later, there were already more than 30 people on board. “Aaaand then it became boring. Once you get to the big scale when everything runs and you are at the 21st floor in San Francisco with an amazing view of the Bay Area and the bridge, there is no longerthe spirit that was there in the beginning,” Murry explains. “No more hookah smoking until midnight in the office and so on.” This spelled the end for him and he left the company to return to Sofia looking once more for that thrill that comes with starting something from scratch.

After a short break, the idea of Metrilo started taking shape: “All of my previous work had to do with data, I know that there is a lot of value in data and it can help you develop your business from zero to sky is the limit,” he says. “Yet very few companies and people use data effectively, so there is a market for analytical products that target niches – for example we have now started with e-commerce.” He bootstrapped it for a while, hiring several people to help him come up with the complex backend infrastructure “because an analytics product that works with a lot of data is no simple task.”

Murry ran out of savings, but he had already teamed up with his old friend Petar, who by that time had also become a serial entrepreneur with projects like daily-deals site Grabo in his past. The two decided that Metrilo was worth going forward with, if they could find the funding. Local accelerator Eleven was the first to offer Murry backing, because they knew him well already. In fact, he had been part of the brainstorming sessions before the accelerator was set up, borrowing on his experience with 500 Startups and YC to contribute ideas to the office layout, the program length and components. Looking from the perspective of the user of all these resources now, he admits that, as in most accelerators, there is sometimes too much noise. “Something happens almost on a daily basis and it is very hard to find the balance between taking what you may need and not wasting your time,” he says.

The curiosities in Metrilo’s story don’t end with Murry’s accidental reverse strategy of mentoring Eleven startups before becoming a graduate of the program himself. Nor even with his preference of reading about quantum physics and astronomy in his spare time “especially after two glasses of whiskey, that’s when the mind really opens up.” The company is also the first in Bulgaria to be simultaneously backed by Eleven and LAUNCHub, a synergy that Murry is surprised had not happened earlier, but admits took some effort to pull off: “We received a total of 50,000 euros with each fund giving us an equal amount and receiving an equal share in return,” he says. “The challenge was in securing that equal footing, because they have different requirements, but after some negotiations, we managed to meet in the middle.”

From a purely adrenaline point of view, Turkey would be a great challenge and a great potential market.”

With that investment in the bag, the Metrilo team has been growing and acquiring customers to test their offer and fine-tune a minimal saleable product for various segments in the market. “We found several interested online stores and segmented them in those who do business for a couple thousand levs per month, those who do tens of thousands and those who do upwards of a hundred thousand, to have a nice mix. We wanted to see what metrics are useful for the different scales.” Their research led to a three-tier offer which starts at 49 dollars per month for small businesses with up to 1,000 active visitors. They offer insights on serious issues such as cart abandonment, traffic sources and each individual shopper’s browsing patterns, giving their clients easy access to a wealth of previously untapped information.

Working out of Sofia hasn’t stopped Murry’s global dreams. His ambitions are to expand not just in Europe, and the US markets, but also in Asia, where e-commerce is big and on the rise. “From a purely adrenaline point of view, Turkey would be a great challenge and a great potential market,” he muses. “E-commerce is huge there, partly because of thevast territory and partly because of the culture and some women not being ableto go to places alone.” And borders don’t seem to mean much anymore, when you offer an online solution. “The big advantage of the ecosystem here in Sofia is that it is making its initial steps at a time when most mistakes have been made on a worldwide scale, resources and advice from impressive entrepreneurs are much more accessible and you can learn quickly,” Murry explains, “I am deeply convinced that within two or three years there will be huge success stories coming out of Sofia.” 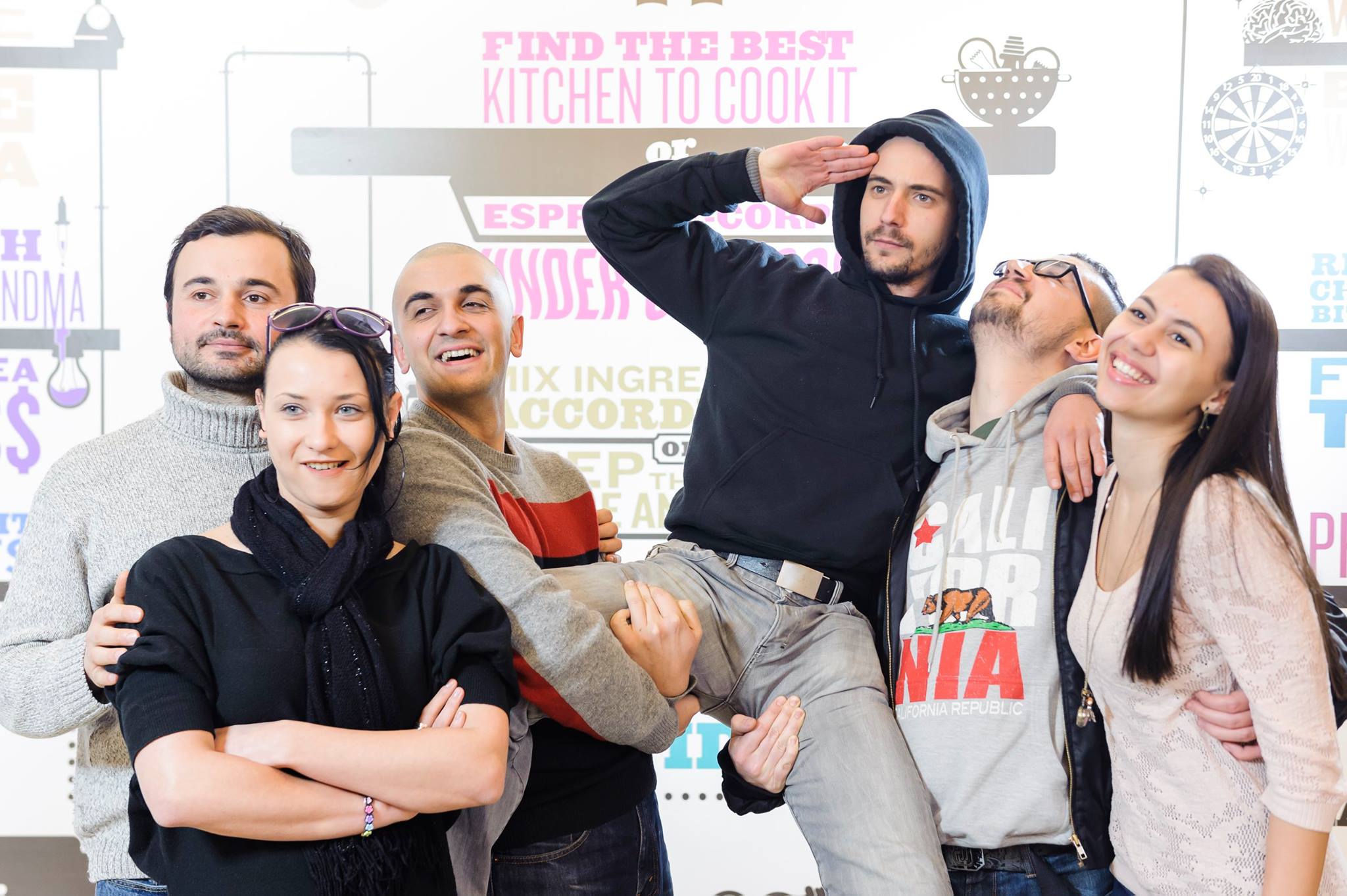 The true thrill of data-crunching