“We have to think bigger”

It seems that Christian Plaichner (42) has a knack for being right on the cutting edge, or even ahead of it. After studying economics at the University of Vienna, he found out about a new Telecommunication and Media Studies programme at the University of Applied Sciences (Fachhochschule) St. Pölten and enrolled there in its first year (1996). He remembers, “my classmates and I at that time were at the very early stage of software development, IT, mobile devices, telecom,” and after graduating he started working at ONE/Connect Austria (now known as Orange), where he and his colleagues enjoyed a big budget to innovate their mobile operations from scratch.

One must remember that this was way back in the dark ages, before every kid on the block had a mobile phone and long before anyone even thought about “Big Data”. But in short time, Plaichner and his own tech startup, Senactive, would become an early proponent and innovator of Complex Event Processing, which became and continues to be the hottest tech trend in business intelligence.

After a year at Orange, he continued developing mobile applications with a small company called Wireless Intelligent Network Services AG (WiNAG). “Looking back, of course, it doesn’t seem so innovative,” he says as he remembers the ringtones and screen-background downloads that were once the cutting-edge products, “but it was interesting back then. It was a great business – like printing money”.They also developed the mobile payment solution, mPAY24, which eventually became a separate company.

For a few years, Plaichner did consulting and project software development for venture capital companies and for the online gaming & gambling business. For both these business areas, it is vital to analyse huge amounts of data in real-time and use it to make accurate predictions. Plaichner gradually started to see how important Big Data would become for business intelligence in the future – a field that would become known as Complex Event Processing (CEP).

“Hello Mr. Yakamoto, welcome back to the Gap!”

What finally inspired him to launch his own venture was a scene from Spielberg’s 2002 sci-fi thriller “Minority Report”. Set in the year 2054, Tom Cruise’s character walks into a Gap store, where his eyes are instantly scanned and his (or rather his altered identity’s) name and purchase history are instantly recalled by a hologram sales clerk, who offers purchase recommendations. “That was the whole start of CEP,” says Plaichner.

Together with Josef Schiefer, who had been working on this concept for IBM’s Watson project in New York, Plaichner founded Senactive in Vienna in 2004. Their goal was to create a broad-based technology platform that did real-time data analysis and deliver recommendations for making business decisions.

However, building such a broad-based technology without specific vertical applications was a challenge, especially within the Austrian/EU financing environment. “It was challenging to find significant private investors in Austria,” recalls Plaichner. “We were able to secure funding from AWS, FFG and the Austrian VC TechNet, but we were in a market dominated by five or six big players in the USA, who all had between 20 and 50 million in funding. Some German VCs offered one or two million euros, but I needed 10 times that much.” Even though Senactive made a big effort to educate the public and the analysts about CEP, they had to go to the USA to raise serious venture capital.

In the fall of 2008, Plaichner was in New York City, about to close a big financing deal. His wife called him from downtown reporting that she saw Lehman Brothers’ employees streaming out of the office building with boxes in their arms. “I switched on the TV and saw that Lehman Brothers had collapsed. I thought, ‘perfect!’ I called my investment partner and he said that their board had canceled all investments for the next two years.”

He saw only two ways to go forward: make another round with TecNet or try to sell the company. After the Austrian software company UC4 bought Senactive in 2009, Plaichner continued to work for them, first in their Chicago and then their Bay Area offices. At that time, UC4 was owned by Carlyle Group. Plaichner took over product management and marketing to position UC4’s expanded portfolio holdings for maximum sale value. In 2013, Carlyle finally sold UC4 to EQT, an Swedish private-equity fund, for 220 million euros. The company is now called Automic, and Plaichner continues working as their VP for their Global Solutions Group, in the Bay Area.

Less than a week after the much-hyped and feared winter “Megastorm” hit the Northern California coast, Plaichner shrugs it off.  “No different than your average October day in Austria!” he jokes.  “Actually, when I first started coming toSan Francisco for pitch meetings, I was surprised by how cold and foggy it was. It took me a while to realise that everything south of Palo Alto is sunny.” 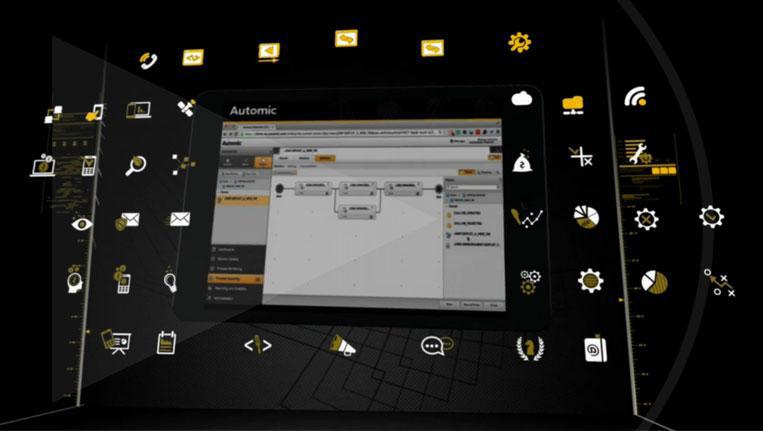 Not content with merely soaking up the rays in Santa Clara, Plaichner spends a lot of his time and effort as a bridge between Europe and Silicon Valley and as a mentor-advisor to international tech startups. “I’m a strong believer in giving back – it sounds a bit stupid – but the thing is, I’ve been in this business for over 15 years, always on the cutting edge. With Senactive, I learned how important it is to deliver content and new ideas to market analysts, so that in turn they can set a favourable investment agenda. Many tech ventures totally underestimate the importance of this and how much effort is involved. I am more than happy to share my broad experience with young companies who are in a similar phase as we were, two or three years into Senactive.”

He donates his mentoring and advising services, which he provides on a freelance basis as well as through programs like Austria’s INiTS. “It’s wrong for people like me to charge young companies to share my knowledge,” he asserts. He also invests in promising ventures, “as a hobby – I wouldn’t call myself a ‘business angel,’ because it’s not my full-time job.”

Nevertheless, he was invited to participate at the recent Business Angels Day in Vienna, where he sat on a panel discussing the cultural differences between Austrian, other European and American ventures. “I heard afterwards that not everyone agreed with what I said,” he confesses, “but perhaps they misunderstood me. I think we have a great startup environment and educational system in Austria. I can find a fantastic developer in Austria for 70 thousand euros, whereas in the Bay Area he costs 150 thousand and he’s running out the door after two weeks!”

We Austrians and Germans explain [how great our engineering is] before we explain what it is for and why it helps you. That doesn’t fly well in the US. Christian Plaichner about pitching skills

While he acknowledges the public-sector early-stage financing available in Austria, he finds that the limited availability of A or B round funding makes it nearly impossible to play on the global stage. He believes that because an Austrian startup can succeed comfortably by marketing its product only in the German-speaking (DACH) realm, perhaps the drive to think bigger and scale internationally is reduced.

Another thing he has learned in his years listening to pitches from international startups is that “we German speaking people are so bad at marketing. It’s painful to see Austrian and German startups, which have great engineering (perhaps even over-engineered), who can’t position their product as well as people from other countries with mediocre products. The Germans and Austrians always say, ‘you really have to explain to people what it is’ but this isn’t true. The first thing I want to see [in a pitch] is the three things why I should even listen to you. We Austrians and Germans explain [how great our engineering is] before we explain what it is for and why it helps you. That doesn’t fly well in the US.”

He believes Austria should be doing something similar to what the successful Israelis are doing in the Bay Area: “they are really organised with a local accelerator that picks companies in Israel and brings them here, brings them up to pitch-ready, and provides contacts to potential VCs. It makes me a bit sad that Austrians don’t have the chance to talk to the right people here, and that’s where I’m trying to help out.” 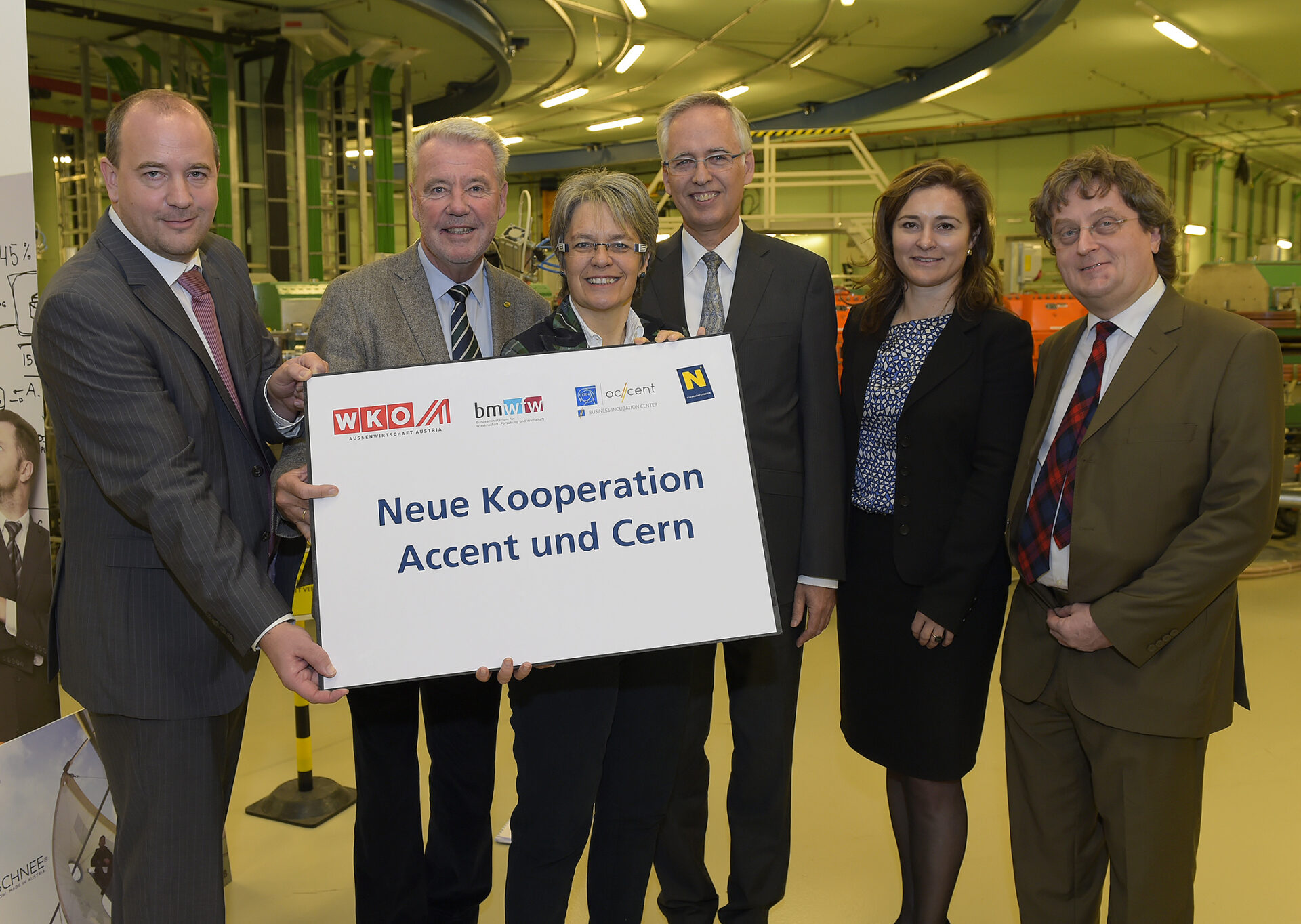 “We have to think bigger”