In the CEE region crowdfunding seems not so prominent as to merit many big events. However, it has been a topic of discussion in entrepreneurship conferences for a while. While smaller meetups and one-off lectures on crowdfunding do happen every so often in Linz, Vienna, Sofia, Belgrade or Prague, the focused events have so far been located mostly in the western part of Europe, with some even taking place in the virtual realm, quite fittingly.
Here’s a list of the top events for 2015.

In general, the Crowdsourcing Week series of events aim to help organisations “transition into a more open, connected, and socially productive society [focusing] on how crowdsourcing can address the needs of today’s leaders to bring about meaningful change.” Speakers at the Venice summit will range from members of the Italian Parliament, through representatives of Uber and BlaBlaCar to the founders of Starteed and Crowdsourcing Week itself. Tickets for the are limited and currently sell for 95 euros. Though details are yet to be annouced, the Crowdsourcing Week Europe conference will take place later this year (19-23 October) in Brussels,Belgium, as well as another summit in Geneva.

A full day dedicated to the crowd, according to the organisers Crowd Xperts and Crowd Mentor Networks. Attendees will be offered concentrated information on everything to do with crowdfunding. The event’s third edition in Germany will feature speakers from Indiegogo, Fundernation and Innovestment as well as workshops and networking opportunities. Tickets start at 15 euros for students and reach 95 euros for businesses.

The second edition of the Angel.meSummit, dedicated to crowdfunding, is still pretty much a mystery with only the date announced and no information on speakers, tickets or even a location. Judging by last year’s sold-out event, however, the organisers will have some aces up their sleeve.

Organised by online news source CrowdFundingBeat.com, this event is part of a series of conferences including ones in the Silicon Valley and Canada. The European version of the Summit gathers local experts to share ideas and experiences related to the industry. Early-Bird tickets will sell until 31 March for 299 euros. 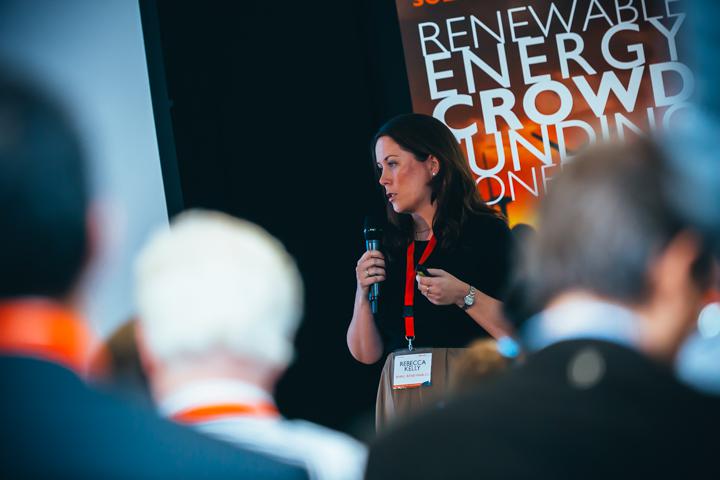 This conference has a slightly different angle, looking at the opportunities that crowdfunding offers to renewable energy projects worldwide. Organisers say their goal is to “connect the leaders in crowdfunding to project developers, investors and banks with an interest in exploring and using crowdfunding for their business.” Ticket prices are yet to be announced.

In line with the main marketplace for crowdfunders – the Internet – the year will wrap up with a global conference taking place online. During these three weeks, there will be an abundance of keynote speakers and panels on topics ranging from the different types of crowdfunding to lean startups. Early Bird tickets will be selling until 30 June for 25 dollars a piece.

There will certainly be a number of smaller events going on in your immediate vicinity — as you can see from our CEE crowdfunding platforms listing, the region is opening up to the idea of crowdfunding more and more. So keep an eye open for upcoming talks and why not even arrange a meetup of like-minded people yourself?

ONDU: Life after a crowdfunding campaign